A Guidebook to South Carolina Historical Markers: Interview with the Authors

A Guidebook to South Carolina Historical Markers is both a handy reference to the Palmetto State’s 1,700 roadside markers and a stimulus to greater study of the history of South Carolina.

Edwin C. Breeden, the South Carolina Historical Marker Program coordinator and historian for the National Register of Historic Places for the South Carolina Department of Archives and History compiled the new volume, which was edited by the University of South Carolina Press’ Ehren Foley – who previously held this same position. We sat down with them to talk about the new book.

What drew you to public history?

EB: My first “history job” out of college was at the Old Exchange Building in Charleston, and that initial exposure to how history could be done outside the classroom really stuck with me. I think there’s a lot to be said for the power of place—of being physically present at the location where history unfolded—as an educational tool, and it’s fulfilling to be able to contribute to efforts to try and harness that power, whether it’s by sharing that history through an historical marker or trying to help people find ways to preserve historic places in their own communities. 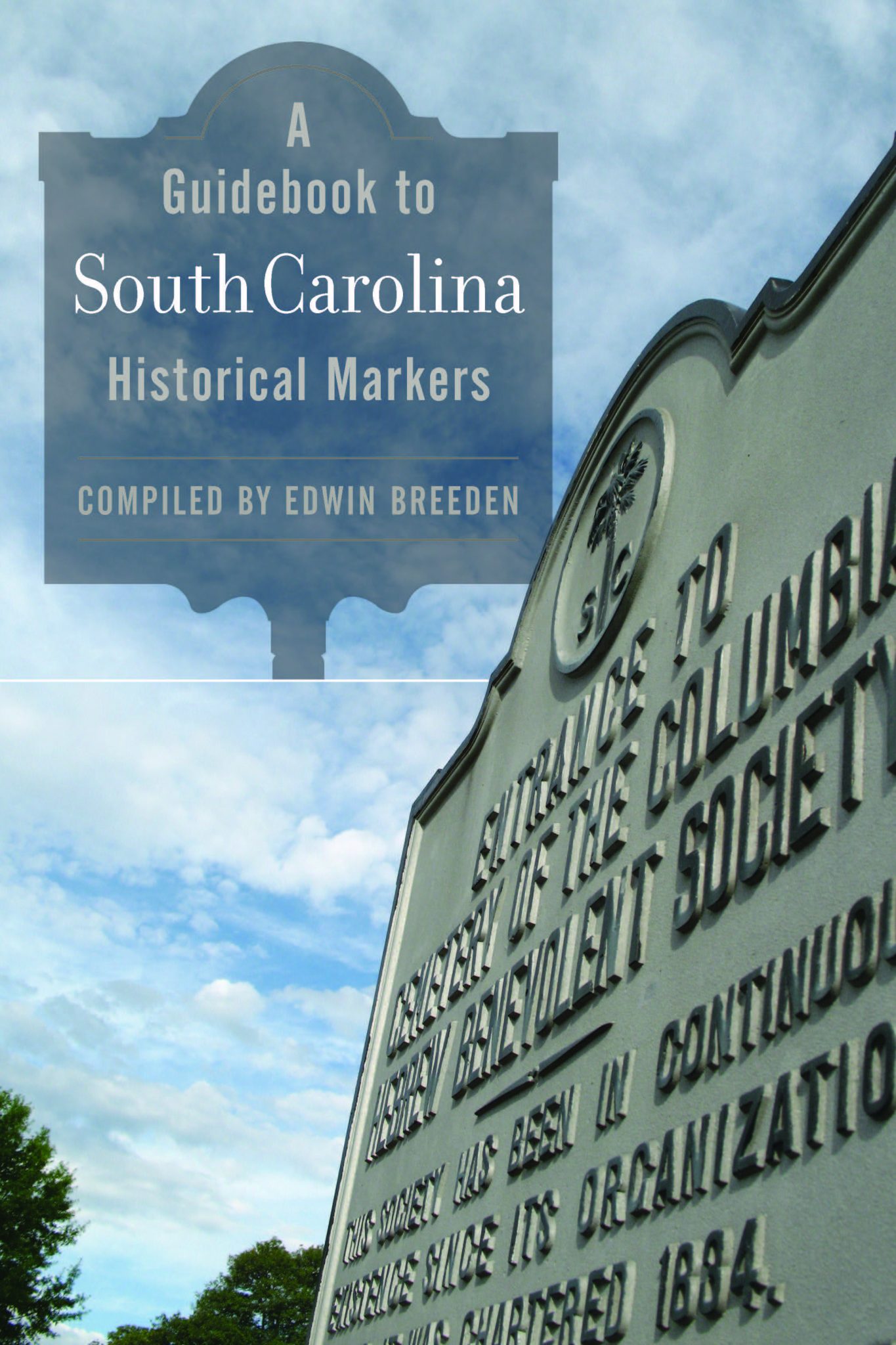 EF: I did a third field in public history as part of my Ph.D. degree. Before that, I had spent a couple of summers working as a seasonal interpreter for the National Park Service (NPS). Summers spent working at Civil War battlefields remain the best jobs I’ve ever had.

What might be surprising to people about public history and how we engage with it?

EB: I think a lot of people would be surprised to know just how much thought goes into interpreting the past in a way that’s faithful to all its complexities and context, but is also accessible for general audiences, whether it’s through historical markers, museum panels, oral interpretation, or anything else. Effective public history usually means relying on plain, concise language to get your point across, and that can make it difficult to communicate all the nuances of a subject. Each individual word ends up carrying a lot of weight, and it can be incredibly difficult to decide what’s the best way to phrase something. It’s pretty much inevitable that you’ll have to make compromises somewhere, which is frustrating, but also usually necessary.

EF: Edwin is spot on. Public history is much more of a conversation, even a brokering process. There is more compromise required than, say, what you might have to do in the course of completing an academic monograph (although that can be a negotiated process too!). In both cases, though, audience matters.

The South Carolina Historical Marker Program was established in 1936. What has changed in the past 85 years?

EB: Probably the biggest change has been the types of locations where markers are erected. Today, about half the markers we approve each year are at sites important for their association with African Americans. That’s a big difference from earlier eras, when the applications we received overwhelmingly reflected topics and interpretations of the past that most appealed to white South Carolinians. A lot of important sites were marked during those years, but hardly any focused on the vital roles that African Americans have played in the state’s history, and even fewer did so in a meaningful way. There’s thankfully been some great progress correcting that trend, with more and more markers focusing on things like the civil rights movement, Reconstruction, and slavery—though there’s also much more that can be done.

Are there any groups still under-represented in South Carolina’s historical markers?

EB: Unfortunately, yes. Probably the most underrepresented group is women. Lately there have been some great markers put up at places associated with important African American women like Matilda Evans and Septima Clark. But there are still so many locations around the state that could speak to the experiences and accomplishments of women throughout the state’s history. There’s also still a need for more markers that highlight places important for their connections to Native Americans, and that do so in a way that places tribes at the fore of the narrative. There are groups in the Upstate who’ve done great work in recent years marking old Cherokee towns, and I’d love to see more of that type of work in other parts of the state too.

EF: I think labor history remains underrepresented. The Great Textile Strike of 1934 is nowhere discussed that I know of, and that was the largest labor strike in American history to that point. There is nothing about “Bloody Thursday” in Honea Path. There remains a deep investment in a narrative about the harmonious relationship between management and labor in mill towns. It is easy to tell stories about baseball and community centers, much more difficult to talk about labor unrest and difficult working conditions.

EB: The markers program operates mostly outside of those conversations, though I’m sure they have an impact on new marker proposals before we receive them. One important thing to keep in mind is that the purpose of the state marker program isn’t to memorialize or glorify historical figures or events, but to educate the public about what makes a place important to our history, regardless of whether most of us today feel it’s a “positive” importance or a “negative” one. That’s very different from monuments or statues, which are usually put up first and foremost to honor a person, event, or cause. We sometimes have to clarify that point for marker sponsors and consider whether our program’s mission is the best fit for what they’re trying to accomplish, which is usually something admirable that just happens to be more of a memorial than an historical marker should be. But that’s not a new issue by any means.

What is the process for applying for a historical marker?

EB: All state historical markers are proposed by outside organizations—usually, a group based in the community where a marker will be erected—who serve as a marker’s sponsor. Sponsors submit a marker proposal to our office, and then I draft an inscription based on their proposal and additional research. The sponsor and I then go back and forth revising the text until we’re in agreement on the exact wording, and then it’s submitted to our agency director for final approval. So, every marker inscription you read is the product of a dialogue between our office and a sponsor. Once a marker’s approved, sponsors are then responsible for ordering the marker from the manufacturer and installing it at the approved location. All markers are paid for by the sponsoring organizations. That’s the bare bones version of the process, but anyone who’s interested in applying for a marker can find a lot more detail on our website.

What do you hope people will take away from this book?

EB: Well, I hope people find it to be a practical reference guide. But more than that, I hope it gives people a deeper sense of how their own communities and others across the state fit into the broader story of South Carolina. I also hope it encourages them to take some time to go visit some of these markers. Even though the guidebook gives you the marker inscriptions, it can’t replicate the experience of being present at these sites and reflecting on the history where it actually happened.

Learn more and buy A Guidebook to South Carolina Historical Markers at bit.ly/32ZKpYc