The territory we now call South Carolina is bounded on the south by the Savannah River, on the west by the Appalachian Mountains, and on the east by the Atlantic Ocean. The state has no major natural boundary to the north until one comes to the Roanoke River, which empties into the Albemarle Sound around latitude 36 north. We know very little about the Indigenous people who lived here before European settlement, but most scholars subscribe to the Beringean land mass theory: humans – ancestors of Incas, Mayans, Aztecs, Iroquois, Cherokee, Catawbas, and all Native American people – followed migrations of large game across the Bering Sea land bridge around 20,000 years ago, moving from Asia to North America. 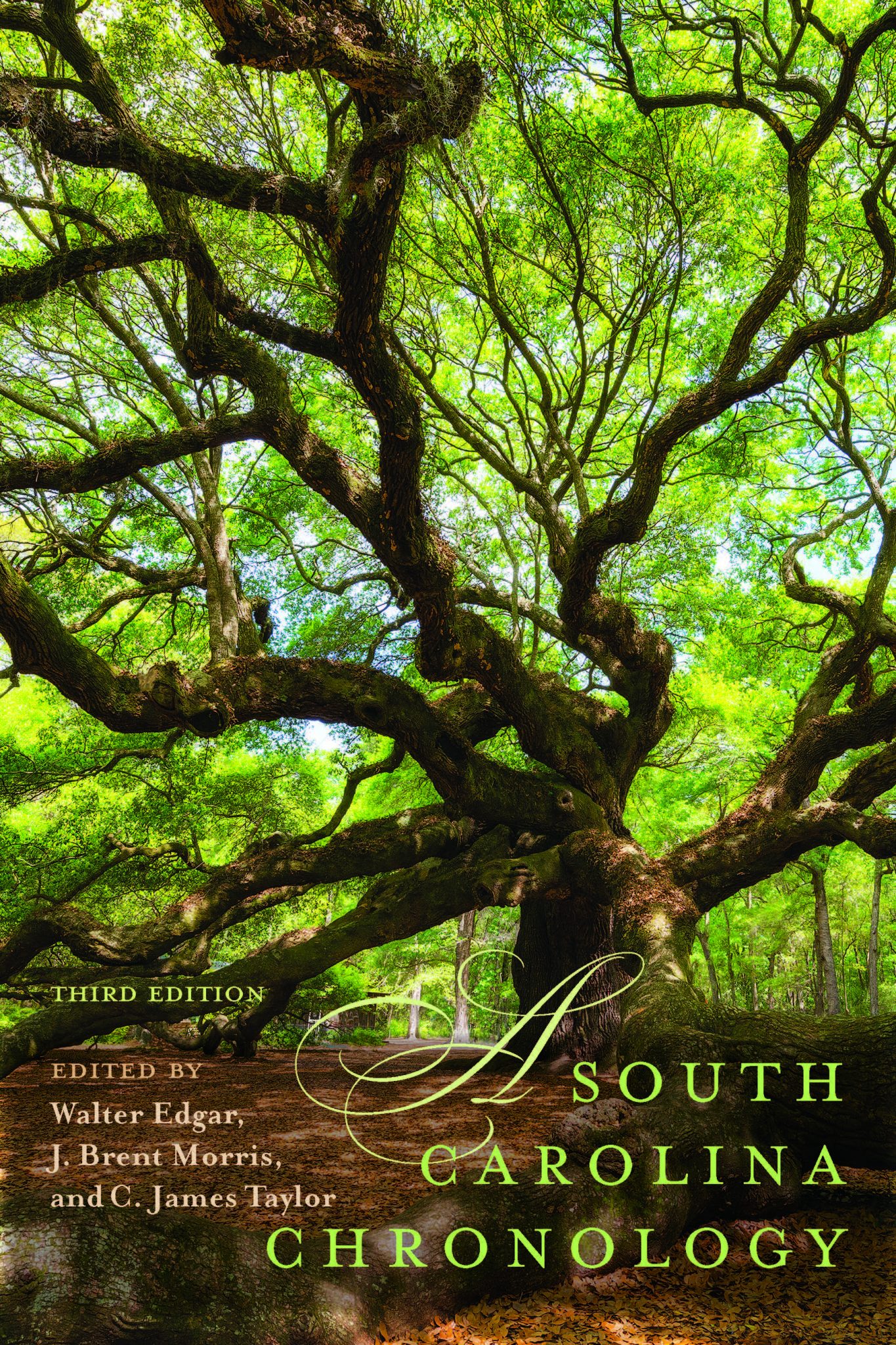 The third edition of A South Carolina Chronology, edited by historians Walter Edgar, J. Brent Morris, and C. James Taylor, offers a year-by-year chronology of landmark dates and events in South Carolina’s recorded history, including a new chapter, “Peopling the Continent (17,200 BCE-1669),” which delves into the Indigenous people’s complex societies and sociopolitical networks that existed before John Cabot made landfall near the northern tip of Newfoundland in June 1497 and England claimed title of all of North America by right of discovery.

The major pre-Columbian Indigenous groups in modern-day South Carolina were the Iroquoian, Algonquian, Muskogean, Siouan, and Cusabo peoples. At the time of the entrance of the Europeans, these groups had organized themselves into chiefdoms with both significant degrees of democracy and elaborate noble hierarchies. The best-known examples are the Cacique of Kiawah and the Queen of Confitachiqui.

The new edition of A South Carolina Chronology offers an updated and more comprehensive year-by-year chronology of landmark dates and events, using a more contemporary view of race, gender, and other social issues. Without a doubt, readers will note omissions. This new volume, as well as the 1994 edition, considered and incorporated suggestions from readers. Again we invite readers to report errors and omissions, which will be kept on file for the next inevitable revision of our state’s rich history. Please email comments to Dr. Ehren Foley, ehrenfoley@sc.edu.