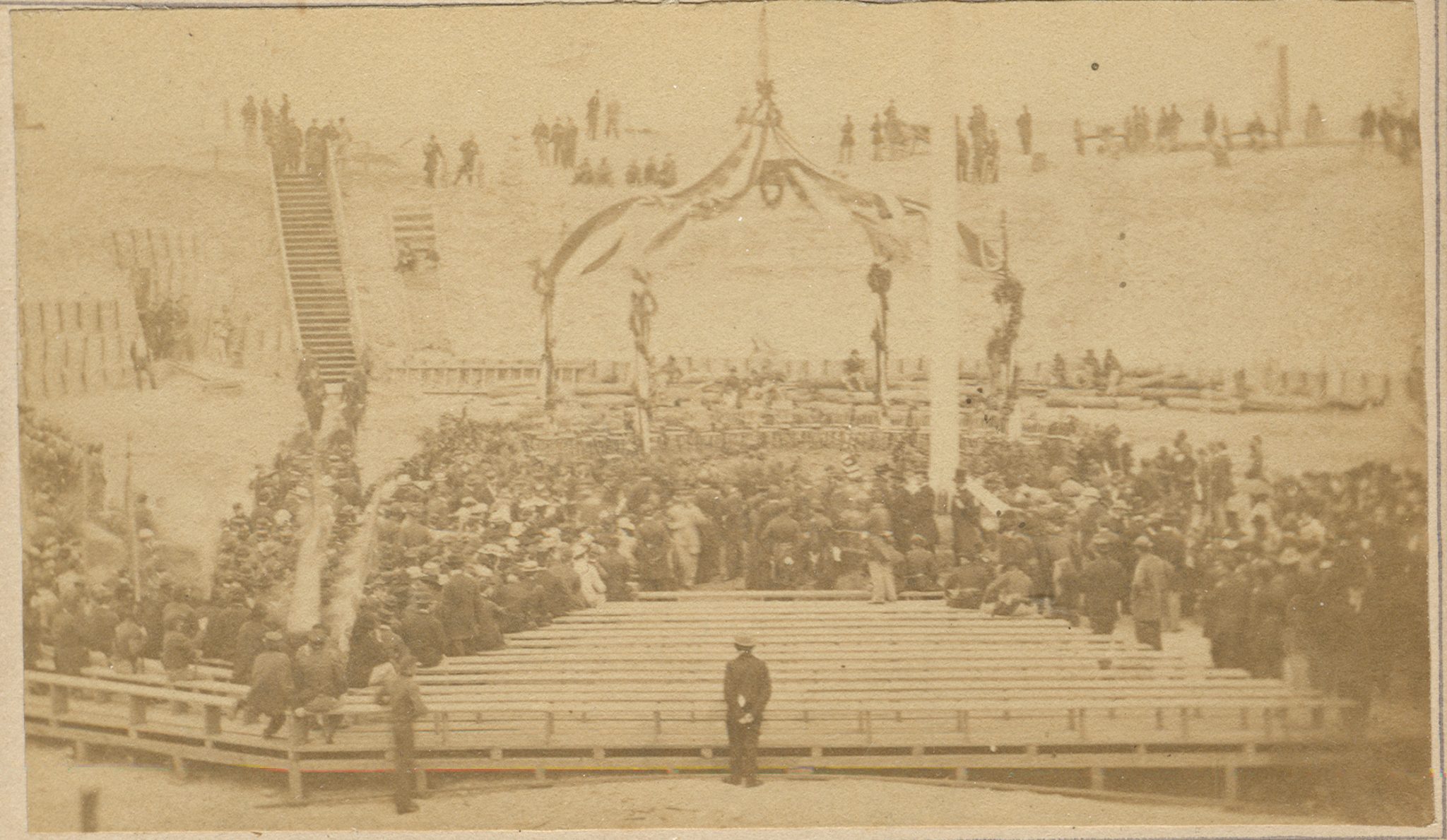 Many people know that this month 157 years ago, Confederate troops fired a mortar shell that exploded above Fort Sumter in the middle of Charleston harbor. It was the first shot of the American Civil War, the bloody conflict that would pit brother against brother and claim 750,000 American lives.

When South Carolina seceded from the Union in December 1860, Major Robert Anderson and his garrison of 85 men were stationed at Fort Moultrie, on the tip of Sullivan’s Island in Charleston harbor. As hostilities between the North and South mounted, they sought a more defensible position and decided to move to the brand new, but not quite complete, Fort Sumter, which had been erected on a man-made island in the middle of Charleston harbor and named for Revolutionary War patriot Thomas Sumter. Anderson’s stealthy move to the fort on December 26 provoked outrage, and South Carolinians immediately began manning other forts in the area.

By April 1861, Major Anderson and his men desperately needed supplies, and President Lincoln promised that he would send a ship with food, supplies, and soldiers to reinforce Anderson’s garrison.

The commander of Confederate forces around Charleston harbor was Brigadier General Pierre Gustave Toutant (P.G.T) Beauregard, who had been a student of And

And so, at 4:30 on the morning of April 12, 1861, Confederate troops at Fort Johnson fired the ten-inch mortar round, setting off the war that would continue for four years. The shot signaled all the confederate batteries in Charleston harbor to open fire on the fort. After a 34-hour bombardment, running low on ammunition and surrounded by well-supplied Confederates, Major Anderson surrendered and evacuated the fort on April 14, 1861.

The fort remained in Confederate hands for almost two years, when in 1863 federal forces blockaded the harbor and bombarded the structure. The siege of Fort Sumter lasted 17 months, one of the longest in American military history. During that bombardment, its walls were reduced to rubble. Confederate troops abandoned the fort in February 1865, when Union troops reclaimed it.

While the bombardment of Fort Sumter is a familiar piece of South Carolina history, most are not aware that by-then Brevet General Anderson returned to the state during anot

erson’s at West Point. Because of their friendship, Beauregard was tasked with obtaining Anderson’s surrender. When Anderson twice refused, Beauregard issued an ultimatum: surrender, or Confederates would open fire.

her April for another momentous event. Four years to the day of his surrender, Anderson arrived again at the fort, bringing with him the garrison flag he had lowered in 1861. He raised the flag atop the fort as part of a celebration of the Union victory and the end of the war. President Lincoln was also invited to the victory celebration; instead, he took his wife to Ford’s Theater and was assassinated that very night.