August, 1863: The H.L. Hunley sinks for the first time in Charleston Harbor 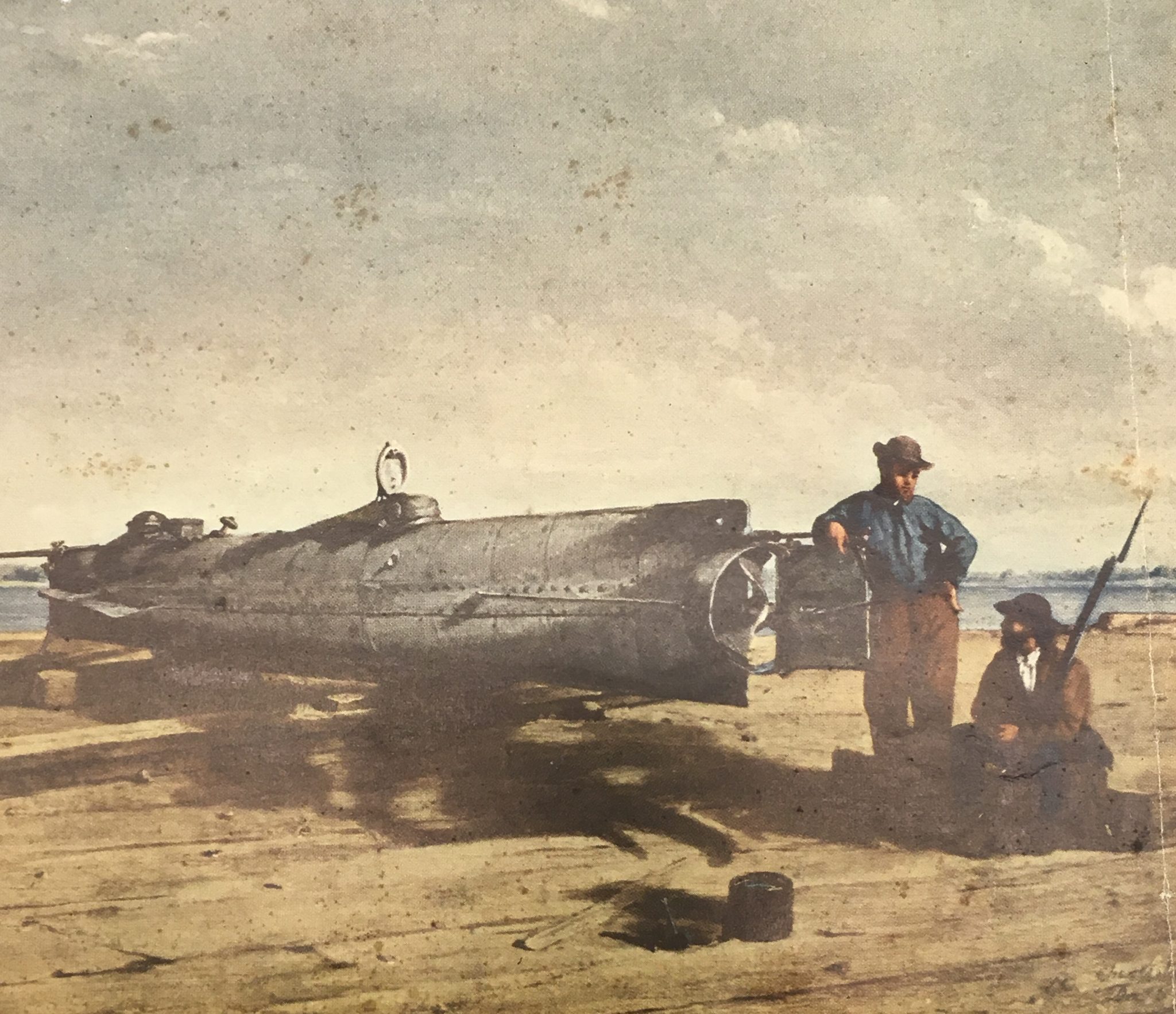 Many are familiar with the story of the Confederate submarine, the H.L. Hunley, which on February 17, 1864, became the first submarine to successfully sink an enemy ship in combat when it sank the USS Housatonic off the coast of Charleston.

Prior to its history-making attack and subsequent disappearance, the H.L. Hunley had two previous run-ins with the bottom of Charleston Harbor. 159 years ago this month, on August 29th, 1863, the H.L. Hunley sank for the first time in Charleston Harbor.  Constructed in Mobile, Alabama, the vessel made its way to Charleston in the summer of 1863 in an effort to disrupt the Union naval blockade of the city. With Union forces besieging the city from Morris Island and recent losses in Vicksburg and Gettysburg, the Confederate commander in Charleston, Gen. Pierre Gustave Toutant Beauregard, had much hope riding on the success of the Hunley.

After weeks of practice runs in the harbor, on August 29th, the “fish-boat” was docked at Fort Johnson on James Island, waiting for sundown to be taken out by its new crew, led by Lt. John Payne, to attack the New Ironsides. That evening’s attack would not happen.  A surviving crew member, Charles Hasker stated that the wake from a passing steamer caused the Hunley to sink, while an official report later stated that the sub became entangled in lines on the dock, forcing it on its side, filling open hatches with water. Five crew members lost their lives, while three survived. Following the accident, Beauregard quickly called for the sub’s recovery and hired two local divers, Angus Smith and David Broadfoot, to pull her up from the harbor floor.

Clothed in near two-hundred pound canvas diving suits and helmets, Smith and Broadfoot dove to the bottom of the murky harbor floor. While Charleston was being shelled, the divers attached chains and ropes to the Hunley so it could be lifted to the surface. Unlike the sub’s second and third sinking, the divers were able to find the Hunley in the dark waters relatively easily, but the grim job still took them almost a week to complete.

Despite another fatal accident in October 1863 and loss of another crew, a third and final crew would successfully attack the Housatonic on February 17, 1864.  The Hunley then disappeared, and many would speculate over the years as to its location.  Diver Angus Smith wrote in an 1876 letter to Beauregard that he had found the sub, as part of his contract to recover Confederate wrecks in the harbor. He gave one clue which would evade other divers and investigators for much of the 20th century and would turn out to be correct-that the Hunley lie just outside, on the seaward side, of the wreck of the Housatonic. However, later efforts by Smith and Broadfoot to recover the Hunley were unsuccessful. It remained under Lowcountry waters until its raising on August 8, 2000.