August, 1920: the Nineteenth Amendment is Ratified 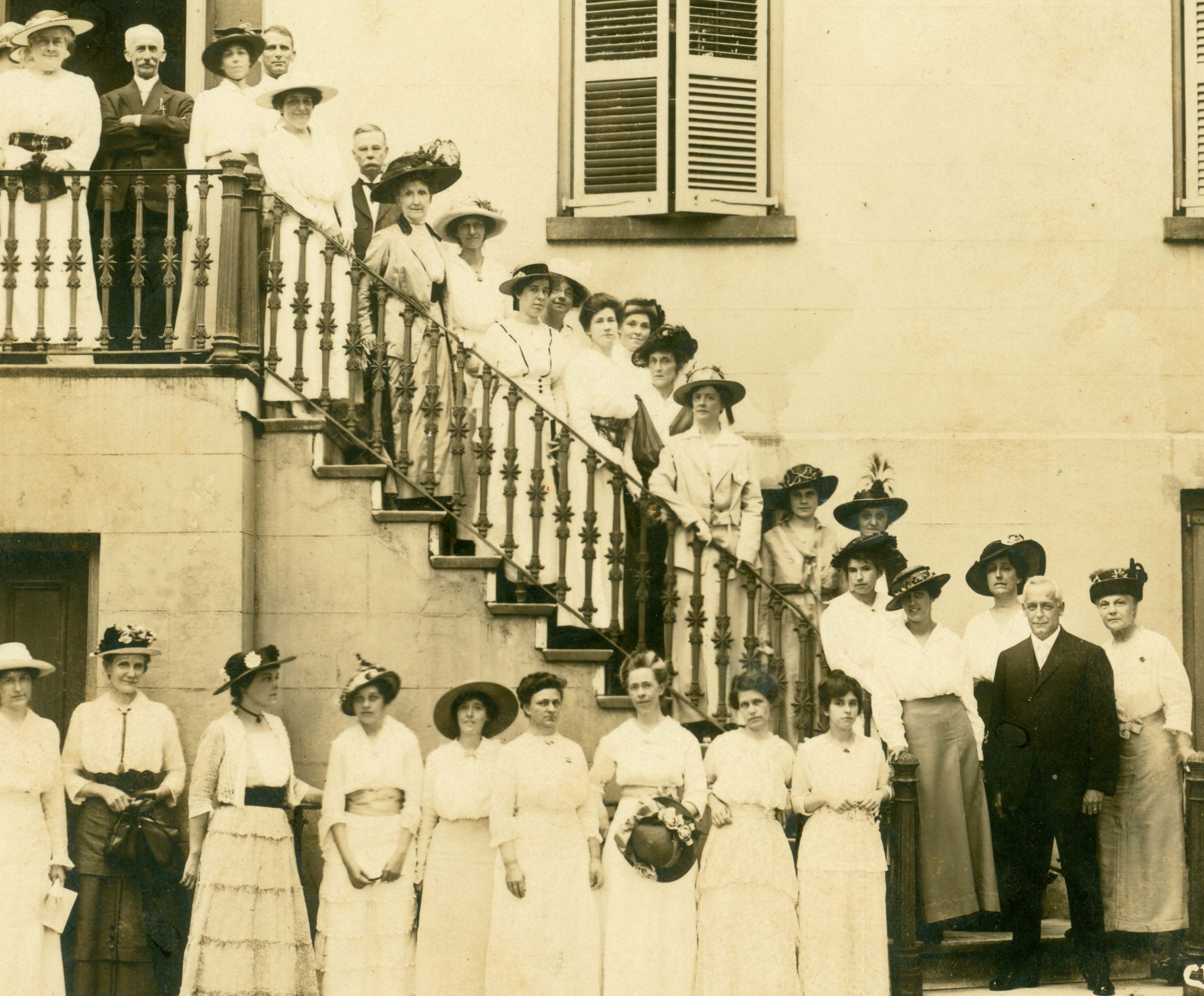 Susan Pringle Frost and Fellow Suffragists in Charleston, circa 1915. From the Collections of the SC Historical Society.

There were a number of women in South Carolina who were pleased when the amendment that gave women the right to vote was ratified by the U.S. Congress in August 1920.  Even though the state legislature had soundly rejected the amendment in January of that year, South Carolina had a few outspoken and diligent suffragists. Unfortunately, one of the strongest proponents for women’s right to vote, Virginia Durant Covington Young, did not live to see ratification of the amendment.

Young was born in Georgetown in 1842 and wrote short stories and novellas during the Civil War.  In 1880, she married Dr. Jasper Young of Fairfax.  In 1889, Virginia Young became editor of the Fairfax Enterprise and used that publication to promote prohibition and women’s suffrage. The next year she helped organize the South Carolina Equal Rights Association (SCERA) in Greenville.  The SCERA soon aligned with the National American Woman Suffrage Association (NAWSA), and Young served as a vice president for South Carolina.

In 1892, Young persuaded Robert R. Hemphill, editor of the Abbeville Medium and member of the state senate, to sponsor a resolution which would permit women to vote and to hold office in South Carolina.  The state legislature rejected the resolution, but Young and her colleagues continued the fight.  In 1895 Young spearheaded a movement to establish suffrage clubs throughout the state.  The movement was thwarted by the resistance of conservative religious groups who pronounced that women’s suffrage was opposed by scripture and would ruin the country. The suffrage movement also suffered in the south from the support of people like the Grimke sisters who linked it to abolition.  The SCERA dissolved when Young died in 1906.

In South Carolina, support for women’s suffrage was revitalized when the New Era Club was organized in Spartanburg in 1912. Two years later, Lila Meade Valentine, who led the Equal Suffrage League of Virginia, helped to form chapters in Columbia and Charleston and the South Carolina Equal Suffrage League (SCESL) was born.  By 1917, there were twenty-five local chapters of the SCESL with three thousand members in the state. The SCESL was a more conservative movement and distinguished itself from the National Women’s Party, or NWP.

As the movement gained momentum in the national arena, Charleston’s Susan Pringle Frost and Aiken’s Eulalie Chaffee Salley advocated for women’s suffrage in South Carolina. Both women were realtors and Frost launched Charleston’s preservation movement.  She presided over the Charleston Equal Suffrage League and hoped to align it with the more radical NWP.  When her effort failed, Frost resigned and worked with Anita Pollitzer to organize a Woman’s Party chapter in Charleston. Salley organized the Aiken Equal Suffrage League in 1912 and became president of the SCESL in 1919.  She knew and admired Carrie Chapman Catt and Anna Howard Shaw, who led the National American Woman Suffrage Association.

When the U.S. Congress ratified the amendment in 1920, the South Carolina General Assembly was forced to pass a law allowing women to vote.  However, at the same time, they adopted a statute that prohibited women from jury duty. The Nineteenth Amendment was finally adopted into law in South Carolina in 1969.  Standing behind Governor McNair as he signed the amendment, eighty-five-year old Eulalie Salley said: “Boys, I’ve been waiting 50 years to tell you what I think of you.”