December, 1718: The Pirate Stede Bonnet is Hung in Charleston 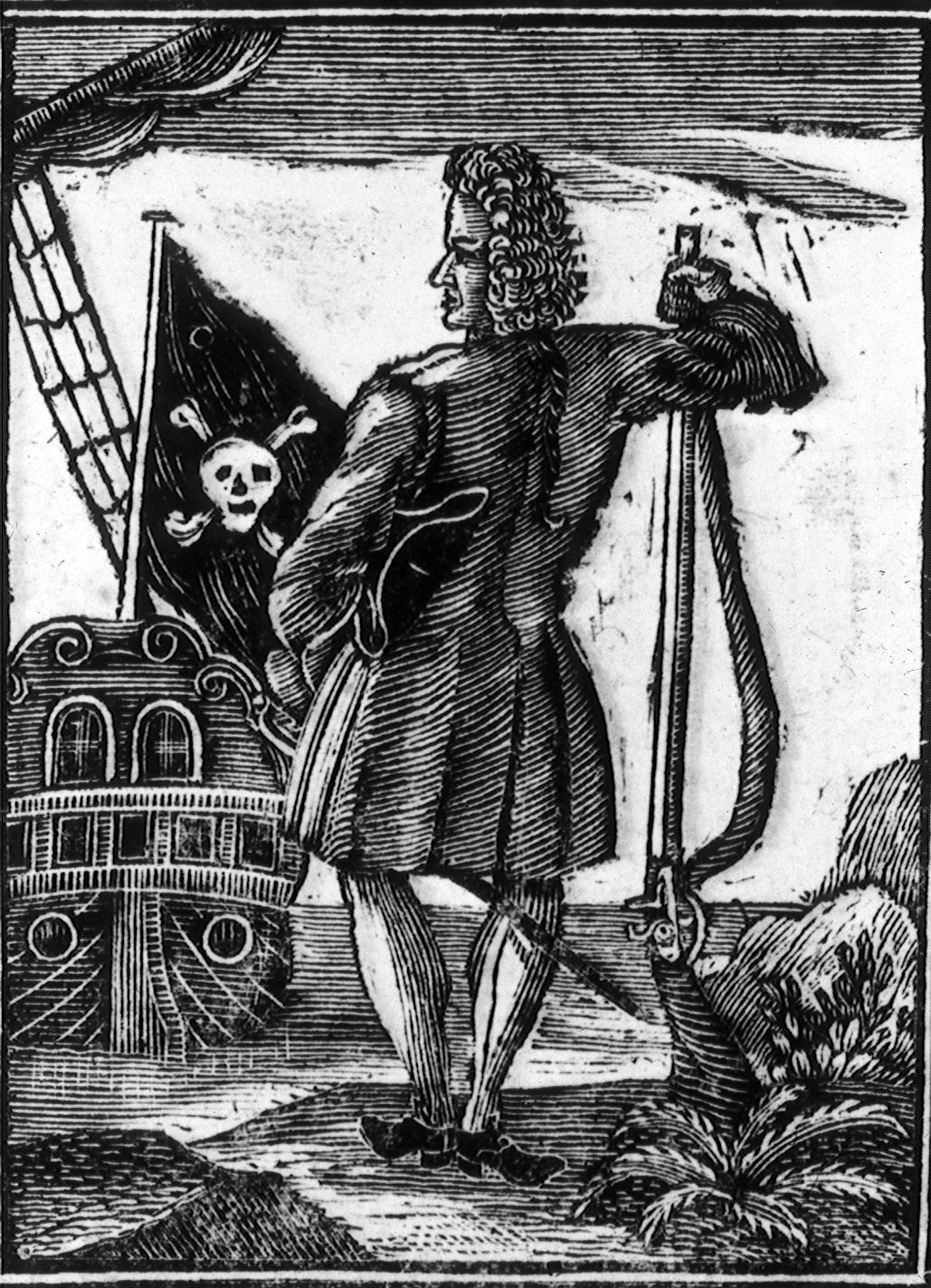 Engraved image of Stede Bonnet from the Collections of the South Carolina Historical Society.

Stede Bonnet was born in Barbados in 1688.  His father was a planter but both parents died shortly after his birth.  Bonnet inherited his father’s property and guardians stepped in to ensure that he was raised properly and well educated.  In 1709, Bonnet married Mary Allamby and they had three children.  Bonnet was a well-respected planter who served in the island’s militia and as justice of the peace.  After nine years of marriage, Bonnet had legal papers drawn up to allow his wife and two friends to oversee his affairs. He then departed Barbados, bought a sloop, armed it with guns, and hired a crew.  Legend has it that his family and friends had no idea that he intended to set off for life as a pirate.

Bonnet sailed his ship, the Revenge, along the east coast of North America, plundering ships of the coasts of Virginia and New York, and then headed southward to Charleston.   After that tour, he stopped for a time in North Carolina before sailing for the Caribbean.  A brief encounter with a Spanish man-of-war damaged the Revenge and left Bonnet wounded.  He met Edward Teach, the notorious pirate known as Blackbeard, in the Bahamas.  Blackbeard captained the Revenge while Bonnet recovered and together they plundered over ten ships before parting and going their separate ways.  They met again in March 1718 and Blackbeard convinced Bonnet to give him command of the Revenge in return for quarters aboard Blackbeard’s ship.  With a flotilla of four sloops, Blackbeard and Bonnet headed for Charleston in May 1718.

For a week, the pirates blockade the port of Charleston, seizing hostages and ships.  They captured Samuel Wragg, a member of South Carolina’s Provincial Grand Council and threatened to kill him and the other hostages unless the colony provide them with much-needed medical supplies.  South Carolina governor Robert Johnson approved the exchange.  The pirates then sailed to North Carolina.

North Carolina’s governor issued a royal pardon for Bonnet, who had recovered the Revenge from Blackbeard.  But Bonnet renamed his ship the Royal James and continued his life as a pirate.  With a crew made up of former followers of Blackbeard, he sailed to the coasts of Virginia and Delaware in the summer of 1718.  He captured thirteen ships in two months before returning to Cape Fear for repairs. By this time, he commanded four vessels.  In the meantime, Charleston had experienced another blockade by the pirate Charles Vane and the Governor, fed up with the destruction and economic hardship that the blockades caused, called out the navy.  Commanded by Colonel William Rhett, two armed sloops entered the Cape Fear River on September 26.  The next day, after a six-hour battle, Bonnet and his men surrendered.  Rhett returned to Charleston with the prisoners.

Bonnet escaped while awaiting trial and hid on Sullivan’s Island for nearly two weeks.  He was recaptured on November 6th.  Most of his crew were executed and Bonnet’s trial took place on November 10th.  He was convicted and sentenced to hang by his neck.  Bonnet pleaded for mercy and his supporters asked South Carolina Governor Johnson to commute his sentence.  But the governor refused.  Bonnet went to the gallows clutching a bouquet of flowers.  His body hung for several days at White Point (now the Battery) until it was cut down and buried below the low water mark.