“No taxation without representation” became a rallying cry for colonists in the mid-18th century. Prior to the American Revolution and the country’s independence, the British government imposed a series of taxes on goods imported to the colonies. Many American colonists, including those in Charleston, felt these taxes were unfair and sought ways to openly resist the British government’s control. 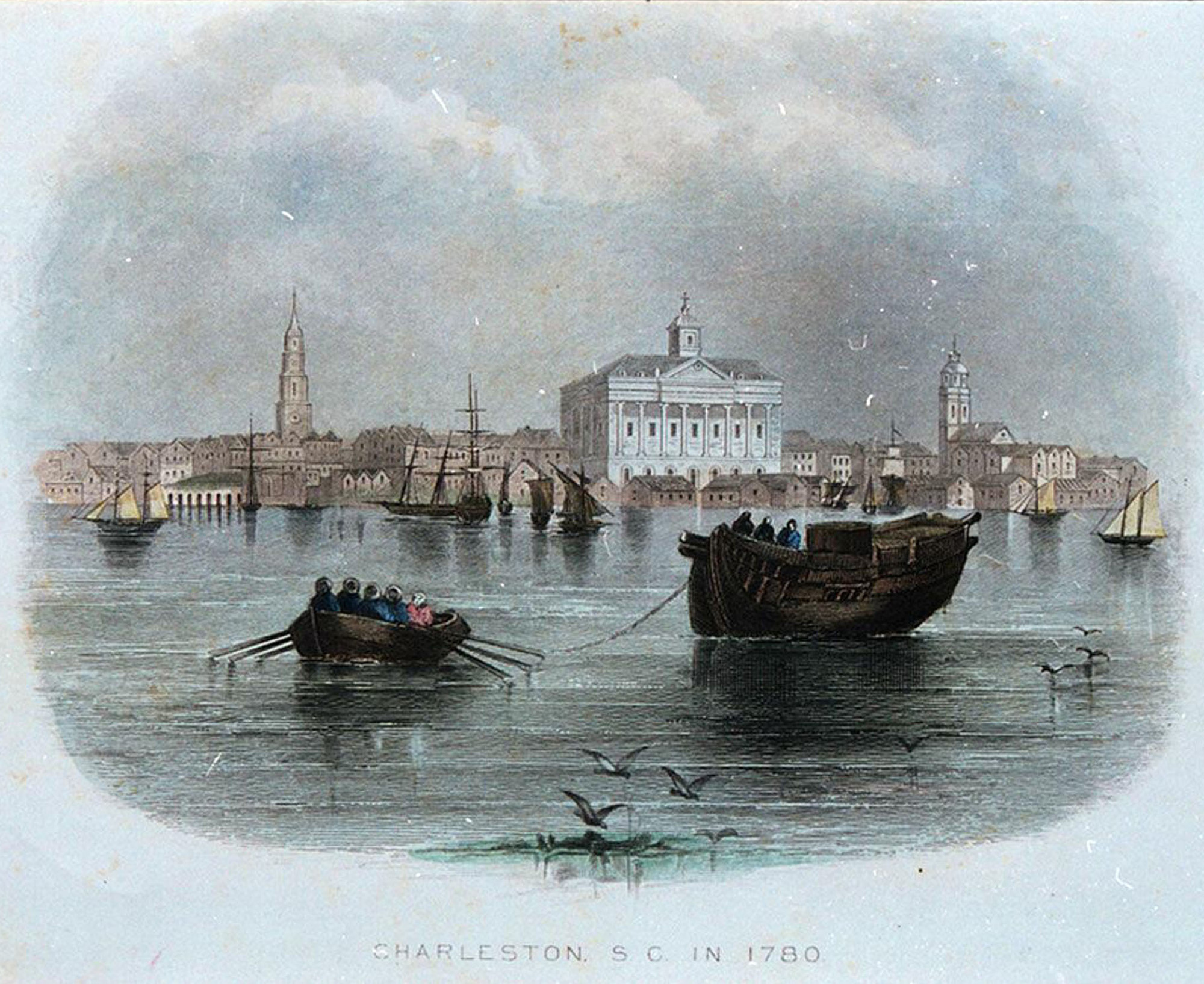 Charleston, S.C. in 1780, published c. 1850 by G.P. Putnam, New York. From the collections of the South Carolina Historical Society.

In late 1773, Charlestonians got their chance. On December 1st, a vessel containing a shipment of over 250 chests of tea arrived in Charleston Harbor. A group including local politicians and landholders met and discussed how to handle this shipment of taxed tea. By December 3rd, the group agreed not to pay the duty on the tea which forced the boat, and its contents, to sit unclaimed in the harbor. After 20 days unclaimed, the tea was seized and brought ashore where it was stored in the Exchange Building. Though less dramatic and violent than the Boston Tea Party which occurred just a few weeks later, the Charleston Tea Party sent a message to the British government that they wouldn’t play by their rules. It also sent a clear message to merchants that Charlestonians weren’t interested in purchasing highly-taxed goods.

The Charleston Tea Party in 1773 gave momentum to the revolutionary sentiment brewing in South Carolina. While it may not have been as visible as the Boston Tea Party, it had long term impacts on the local business community and played a crucial role on the road to revolution.