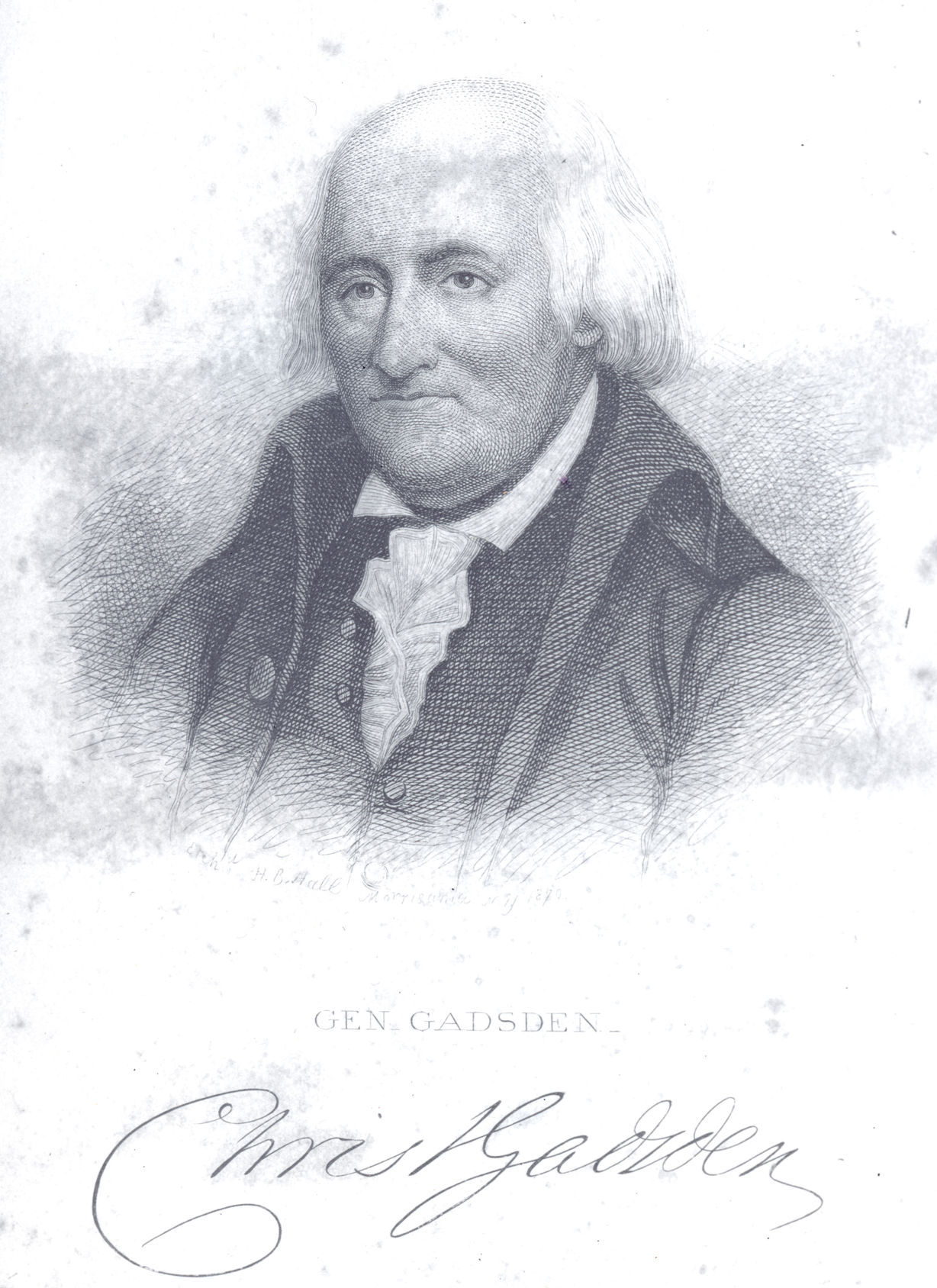 Christopher Gadsden (pictured here) was denied the oath of office by Governor Boone in 1762. He would later serve in the Stamp Act Congress, the First Continental Congress, and, eventually, as a brigadier general in the Continental Army.

On December 16, 1762, the South Carolina legislature resolved to do no further business with the governor until he recognized the rights and privileges of members of the Commons House of Assembly. The governor at that time was Thomas Boone. Born in England, Boone’s father was a merchant whose family owned a great deal of land in South Carolina. His older brother served in Parliament for several years and, in 1752, Thomas Boone arrived in the colonies to claim title to lands he inherited from the Boone and Colleton families. In 1758, he married Sarah Ann Tattnall Perroneau and was appointed Governor of New Jersey in 1759.

Since Boone was a descendant of the Colleton family, Walter Edgar writes that, at first, “he was welcomed by Carolinians as ‘one of us.’” In 1761, he was appointed Governor of South Carolina and set sail for Charleston. Prior to taking office in South Carolina, Boone was instructed by the British Board of Trade to reduce the power of the Commons House of Assembly. Boone set to work to revise the Election Act of 1721, which would implement the wishes of the Board of Trade.

When the Assembly refused to revise the act as instructed by the governor, he took matters into his own hands. In April, 1762, Christopher Gadsden won a large majority in his race to represent St. Paul’s Parish. The Assembly approved the election, even though the procedure that was laid out in the Election Act was not followed to the letter. Boone refused to administer the oath of office to Gadsden and dissolved the Assembly for violating the Act. When new elections were held, word spread of the Governor’s efforts to dictate the make-up of the Assembly. All but ten of the previous members were elected and Gadsden won again in a landslide. This new Assembly investigated the Gadsden election and, on December 16, 1762, declared that it would do no more business until the governor apologized and admitted his mistake. Boone refused to do either. For over a year, the government of South Carolina stood still while the governor and representatives refused to deal with each other. In May of 1764 Boone sailed for London.

Boone never returned to South Carolina. But the leaders of the South Carolina legislature at the time included Henry Laurens, William Drayton, Thomas Lynch, Charles Pinckney, and John Rutledge. They would not forget Boone’s misuse of power. He is listed by Walter Edgar as one of the four governors of South Carolina who, through mishandling “a variety of issues, helped create the climate that would lead to revolution.”