From the arts to cuisine to Gullah culture, this gallery focuses on the rise of cultural diversity throughout the state. An interactive touchscreen allows visitors to learn about various influential figures and their artistic impact alongside works by icons such as landscape architect Loutrel Briggs. There are also “discovery drawers” that feature original typescripts, photographs, and musical recordings. 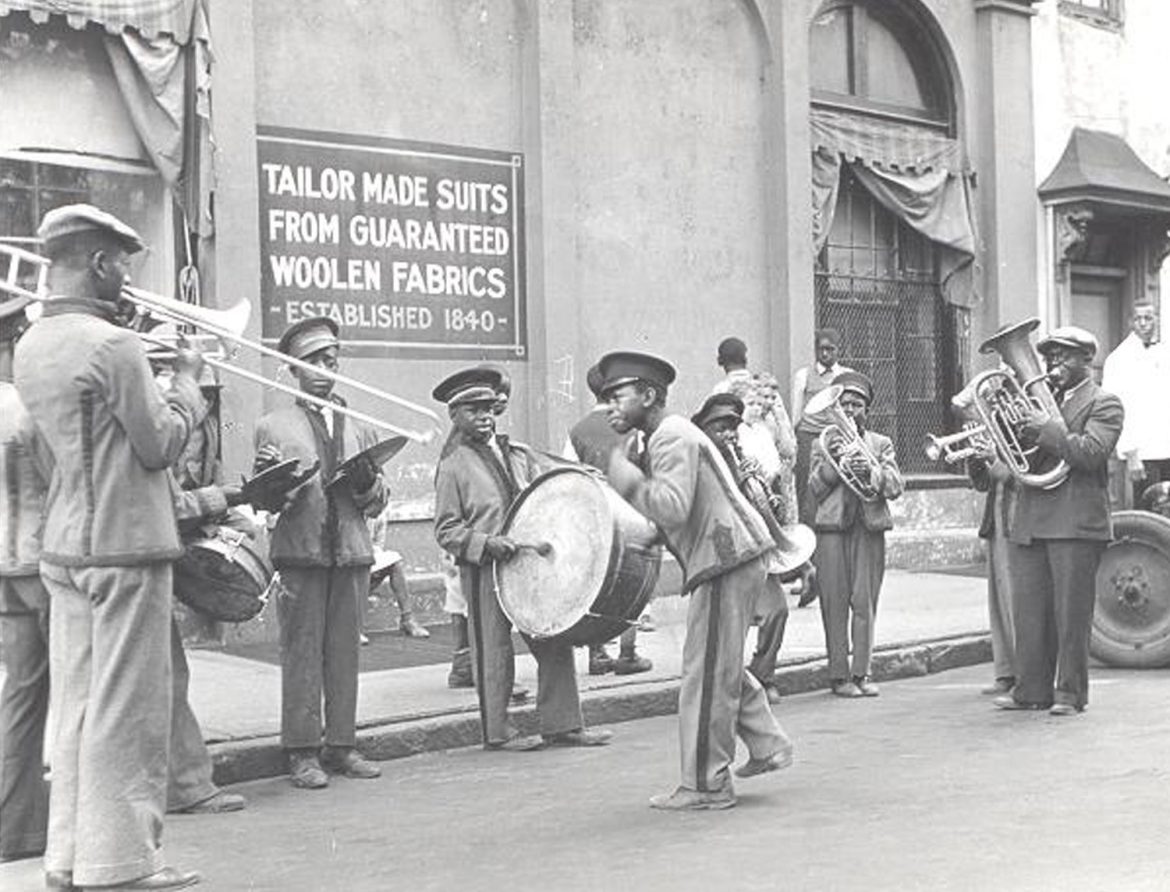 Photograph of Jenkins Orphanage Band
The Reverend Daniel Jenkins, the founder of the orphanage, organized the Jenkins Orphanage Band in 1892. Jenkins hoped that the band would raise funds and help the boys to improve themselves. He also believed that blowing instruments would improve their lungs. The band played at the World’s Fair in 1904 and the Presidential Inauguration of 1905 and toured Europe in 1914. It was a well-known training ground for many of the nation’s top jazz musicians.