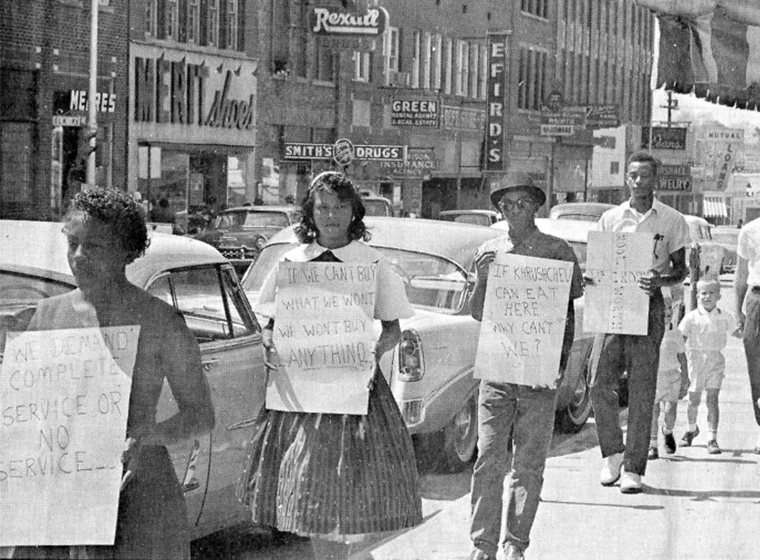 On February 12, 1960, several African American students from Friendship Junior College in Rock Hill asked to be served lunch at the local McCrory’s and Woolworth’s. As was typical in the South, African Americans could shop in these stores but were forbidden to sit at lunch counters and eat.  The first of several sit-ins to be held in Rock Hill, this one resulted in the lunch counters being closed for several days.

Sit-ins had been held in other states, including near-by Charlotte, North Carolina, but this marked the first in South Carolina.  The stores stayed closed until February 23rd, but the students did not give up. Led by Leroy Johnson and trained by the civil rights organization CORE (Congress of Racial Equality), Thurgood Marshall praised the students in his 1960 address to the NAACP convention. The protests in Rock Hill continued for over a year.

In the fall of 1960, CORE encouraged a “Jail, No Bail” policy.  The following January, ten Friendship College students again attempted to lunch at the stores and were arrested and found guilty of trespass.  Nine of the students refused to pay the $100 bail fee and were sentenced to thirty days of hard labor and sent to York County Prison Farm. This resulted in large-scale media attention and the group became known as the “Friendship Nine.”  Fifty-four years after his arrest David Williamson told NBC News: “It was a frightening experience, but the part that got me is when they put me in the cell and closed that door. And that clang, you can still hear it.”

Once at the prison farm, the nine were forced to move large piles of sand, cut weeds, and carry cement blocks.  If they refused to work, they were put on bread and water rations. Historians agree that the policy of “Jail, No Bail” helped rescue the civil rights movement from the costs of bail for protesters and gave new life to the movement.

In 2015, in a municipal courtroom in Rock Hill, the convictions of the “Friendship Nine” were overturned.  The former students, now in their seventies, were represented by the same attorney who defended their case in 1961.  Their story has been featured in books and documentaries of the civil rights movement. 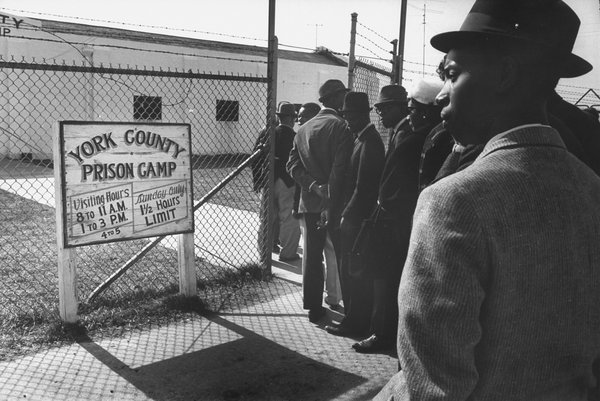 2.  Supporters of the Friendship Nine visit the York County Prison Farm in 1961 (original photograph from the New York Times).