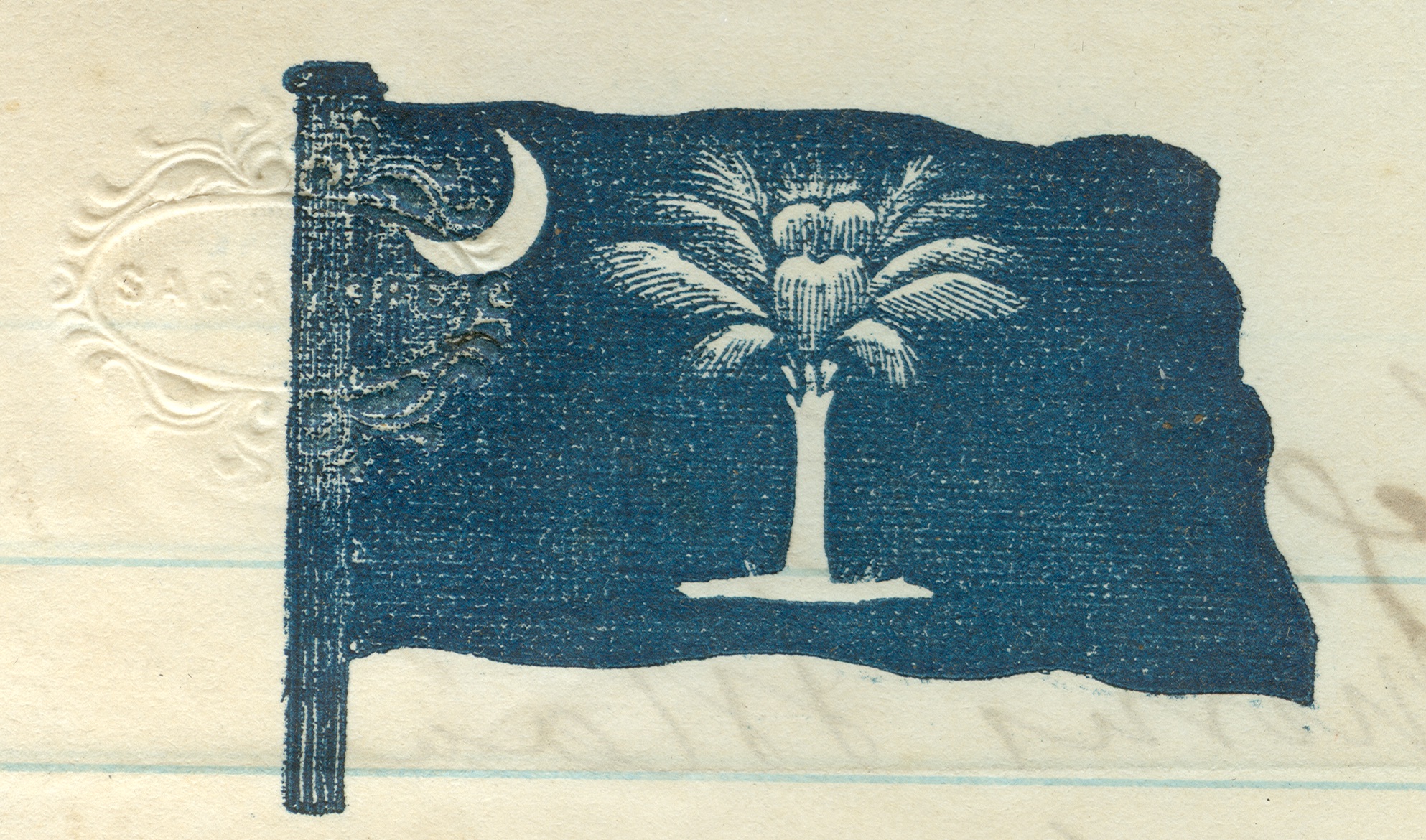 On June 28, 1776, British ships sailed into Charleston harbor and opened fire on a tiny fort on Sullivan’s Island. The infamous “shots heard ‘round the world” had been fired a little over a year before in April 1775, but Americans were still debating whether to declare independence from Britain. The British expected to put down the rebellion quickly by taking Charleston, one of the largest and wealthiest ports in America.

Unprepared for battle, patriot Colonel William Moultrie and his troops hastily constructed a fort on the tip of the island using local palmetto trees. As the British navy began their bombardment, the spongy logs absorbed the cannon balls rather than splintering. Moultrie’s regiment, with a limited supply of troops and ammunition, fired carefully upon the British fleet, damaging the ships severely. After a day of bombardment, the British navy withdrew to New York, and it would be three years before they revived the fight in the southern colonies.

A year later, Charlestonians commemorated Moultrie’s victory, and the holiday has been celebrated in the state ever since. The state flag, which features prominently in all Carolina Day celebrations, was designed by Colonel Moultrie after the battle. The indigo flag incorporates the crescent symbol from Moultrie’s company flag and an image of the palmetto tree that was critical to that battle.

Carolina Day officially celebrates the victory at the Battle of Sullivan’s Island, but it was only one of over two hundred Revolutionary battles and skirmishes in South Carolina—more than occurred in any other state. It also proved to be a training ground for some of the most influential patriots of the southern campaign. The “Gamecock” Thomas Sumter formed “Sumter’s Brigade” after the capture of Charleston in 1780 and reinvigorated upcountry troops, who fought heroically at Fishdam Ford, the Blackstocks, Fort Granby, and Orangeburg. William “Danger” Thomson of Orangeburg district commanded the Third Regiment, also called the Rangers, and went on to lead Continental Army troops in campaigns against the Cherokee in the upcountry, against British forces at the Battle of Savannah, and in the 1780 siege of Charles Town. Francis Marion earned the nickname “Swamp Fox” for his guerilla-style fighting tactics and surprise attacks. He organized “Marion’s Men,” a group of irregular militiamen who served without pay and supplied their own horses, arms, and food and wreaked havoc on loyalists in the PeeDee region. These men and their recruits turned the tide of the entire war, which after the 1780 fall of Charleston had seemed all but lost.

On June 28 this year, we celebrate the patriots from all over the state who were essential in gaining America’s independence. Don’t forget to fly your own flag this Carolina Day!