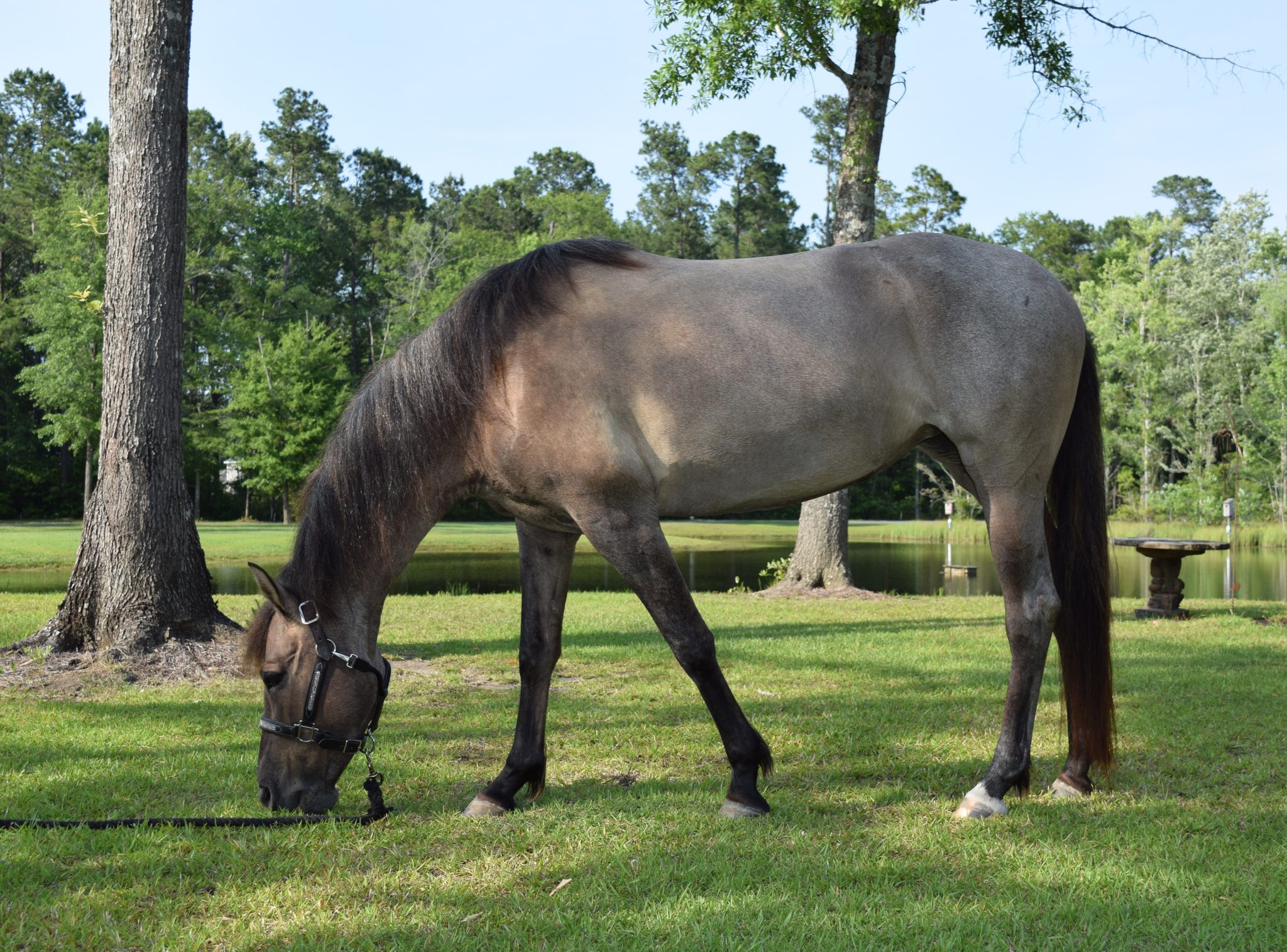 The Marsh Tackies, or Carolina Marsh Tackies, became South Carolina’s official state heritage horse when Governor Mark Sanford signed Senate Bill No. 1030 on June 11, 2010. A rare breed descended from horses brought and left by Spanish explorers in the sixteenth century, they survived by foraging on marsh grass along the coast, and have hardly changed since the colonial period. The feral horses were captured and domesticated by Native Americans, later European settlers, and enslaved Africans.

In Carolina Chansons, noted author and playwright DuBose Heyward writes that “Marsh Tackies” is the name given by African Americans “to the little, wild horses of the Carolina coast country’s swamps and sea islands.” His poem Marsh Tackies describes them as:

Browsing on the salty marsh grass,
Barrel-ribbed and blowsy-bellied,
With a neigh as shrill as whistles
And their mouths red-raw from thistles,

Marsh tackies are a smaller breed of horse ranging from 13 to 15 hands and known for their calm and resilient disposition. In 1846, James John Audubon described marsh tackies as “tough as a pine knot” due to their ability to adapt to new situations and not spook easily. They vary in color with little to no white markings. Their demeanor and physical attributes reinforce the belief that marsh tackies were used by Francis Marion and his men during the American Revolution, when the pioneer of guerilla warfare was hiding in the swamps, evading capture by the British who used larger horses not accustomed to the heat and terrain. The breed’s unique gait, often compared to a rocking chair, was designated the Swamp Fox Trot.  Tackies were also used by the Confederate Cavalry during the American Civil War and the Coast Guard’s Mounted Beach Patrols during World War II, monitoring beaches from Florida to North Carolina. The petite but sturdy horses were essential to agricultural and Gullah communities along the sea islands.

An 1829 issue of The Southern Agriculturist includes a letter from “S.A.S” who describes raising plantation horses on his farm. He writes, “that about twenty odd years ago, I commenced raising them, and purchased a very small mare… she was then with foal, which foal is still alive, and does little jobs about the plantation, carting straw, manures, hoops for the coopers; being so very old, she must be indulged. I have great many running at large, in and about the plantation, they are very domestic, never go far from home, and are always loitering about the plantation, and in the broad-road, give no trouble, are never fed, and no further notice taken of them, than to bring them up every night along with the cattle, with whom they herd, and go into the same pen.” While it is not confirmed that the writer is raising Marsh Tackies, the writer is indeed describing South Carolina’s official state heritage horse’s temperament and one of its many roles in history.

The Carolina Marsh Tacky Association, formed in 2007, advocates preserving the breed and bringing awareness to the breed’s history. Following its formation, the CMTA located marsh tackies around the state and conducted DNA tests to ultimately create a breed registry with the Livestock Conservancy, a nonprofit whose mission is “to protect endangered livestock and poultry breeds from extinction.”

Written by: Virginia Ellison
Date: May 31, 2022
Previous
Next