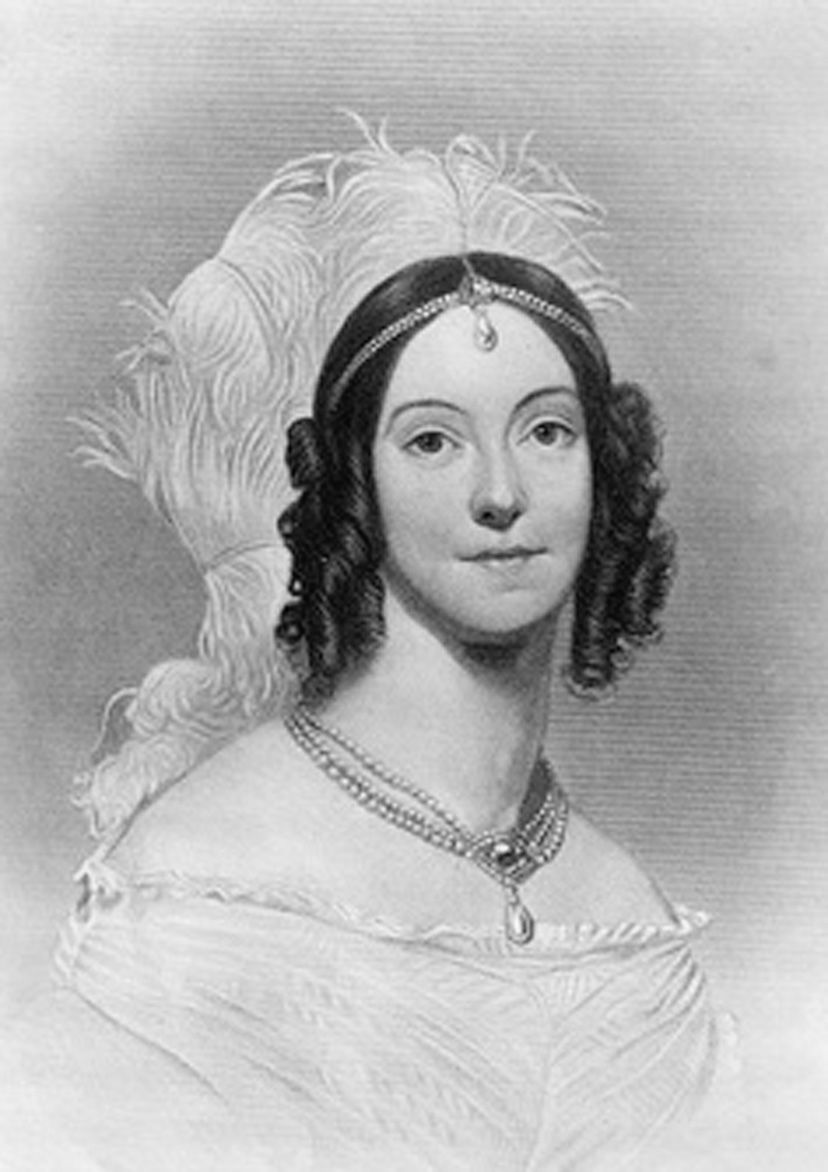 On Nov, 27, 1839, Angelica Singleton of Sumter County married Abram Van Buren, the eldest son of President Martin Van Buren. The President was a widower and Angelica, who has been called “the Jackie Kennedy of the nineteenth century,” assumed the role of First Lady in her early twenties. She and Abram met at a White House dinner that Angelica attended with her aunt, Dolly Madison.

Angelica’s parents were Richard and Rebecca Travis Coles Singleton. Raised at the family’s plantation, Angelica attended Columbia Female Academy and Madame Grelaud’s Seminary for Young Ladies in Philadelphia. She was considered quite a beauty, with dark, expressive eyes and a long neck. Her looks, along with lovely manners and an outstanding education, won her great admiration in Washington and beyond. Her portrait still hangs above the mantle in the Red Room of the White House.

When the social season of 1839 ended, Angelica and Abram set off on a tour of Europe. She was admired in many countries and was presented to both Queen Victoria of England and King Louis Philippe of France. Afterwards, the couple returned to Washington to resume their duties. Due to the Panic of 1837, Angelica’s attempts to incorporate European style into White House functions were criticized by some as aristocratic and extravagant. Her attempt to re-landscape the White House lawn is said to have been one cause of Van Buren’s loss to William Henry Harrison in 1840.

After the election, Angelica and Abram spent several months at her family home in Sumter. It was there that she gave birth to her first son, Singleton. In the fall of 1841, the couple and their newborn son moved to Lindenwald, the Van Buren estate on the Hudson River in New York. In 1848, the Van Burens moved with their three sons and niece to New York City.