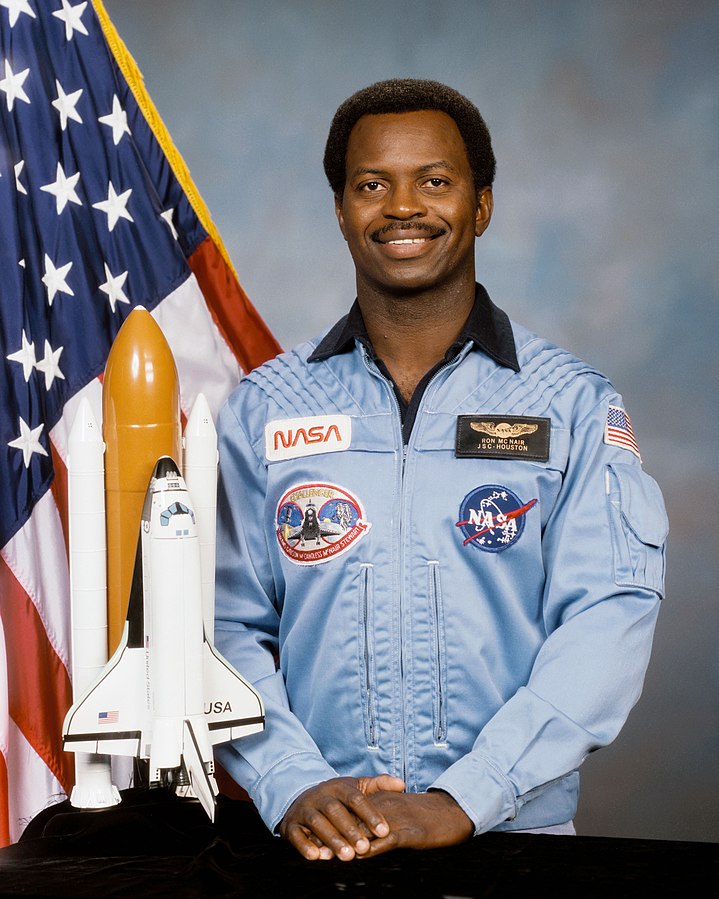 Ronald Erwin McNair grew up in Lake City, the second son of Carl and Pearl McNair. His father was a mechanic and his mother worked as a teacher. In addition to his talents in technology, McNair played football, basketball, and was in the band at Carver High School. After graduating as valedictorian of his class, he won a scholarship to North Carolina Agricultural and Technical State University. During college, McNair played saxophone in a jazz band. In 1971, he was awarded a Ford Foundation Fellowship and attended Massachusetts Institute of Technology, where he received a Ph.D. in physics.

As a national expert on laser physics, McNair went to work for Hughes Laboratories in Malibu, California. Out of 11,000 applicants that responded to a search by the National Aeronautics and Space Administration (NASA) for its space shuttle program, McNair was selected for training in 1978. Working as a mission specialist, he first flew on a shuttle that deployed two satellites and tested the Manned Maneuvering Unit and the Canadian robotic arm, both of which were operated by McNair. The robotic arm moved a platform which allowed astronaut Bruce McCandless to walk in space without being tethered to the shuttle. McNair was the second African American to make a flight into space and logged 191 hours as an astronaut.

In January 1985, McNair was assigned to the space shuttle Challenger. This mission was intended to launch a Tracking and Data Relay Satellite and a smaller satellite, the Spartan Halley, that would observe Halley’s Comet during its approach to the sun. McNair and fellow specialist Judith Resnik were to release the Spartan Halley satellite and pick it up two days later using the Challenger’s robotic arm. The shuttle received a great deal of attention due to the selection of Christa McAuliffe, a payload specialist and teacher, who would give two lessons from space to students. The Challenger launched from Cape Canaveral on January 28, 1986, and, after only seventy-three seconds, exploded at 46,000 feet. All seven crew members were killed.

Ronald McNair was only thirty-five when he died but was already the recipient of several honorary doctorates and awards. In addition, he was a talented saxophone player and held a fifth degree Black Belt in karate. In 1989, the U.S. Department of Education established the Ronald E. McNair Post-Baccalaureate Achievement Program to prepare eligible students for graduate degrees. His life and many accomplishments are commemorated at the Ronald E. McNair Life History Center in Lake City, which stands next to his gravesite.