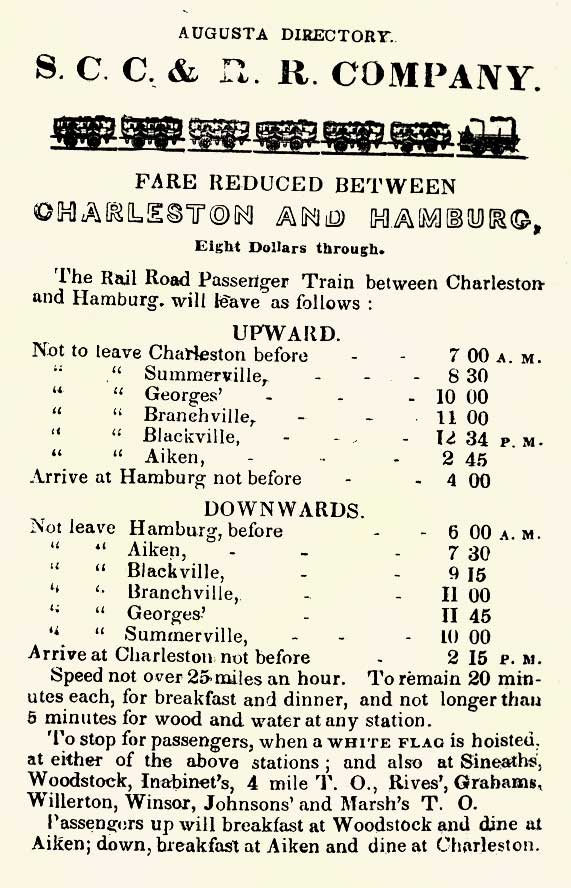 On Oct. 3, 1833, workers for the South Carolina Canal and Railroad Company completed a 136-mile railroad from Charleston to Hamburg. Constructed of hardwood rails, this single set of tracks was one of the longest railroads in the world at the time it was completed. According to the American Society of Engineers, it was the first railroad in the country powered entirely by steam, the first to provide regular passenger service and the first to carry mail under a contract.

The SCC&RR was established in 1827 with the goal of transporting agricultural crops from the rich fields of South Carolina’s Midlands to the port of Charleston. The first segment of the line opened on Christmas Day in 1830 and carried 140 passengers for six miles. The chief engineer of the SCC&R was Horatio Allen, who visited England to study railroads when he worked for the Delaware and Hudson Canal Company. Since the Charleston to Hamburg line was constructed of wood, it could be built quickly and updated rapidly, unlike railroads that used double iron tracks. Railroad historians point out that the Baltimore and Ohio Railroad was chartered three years earlier than the Charleston-Hamburg line, but had only laid 14 miles of track by 1833. 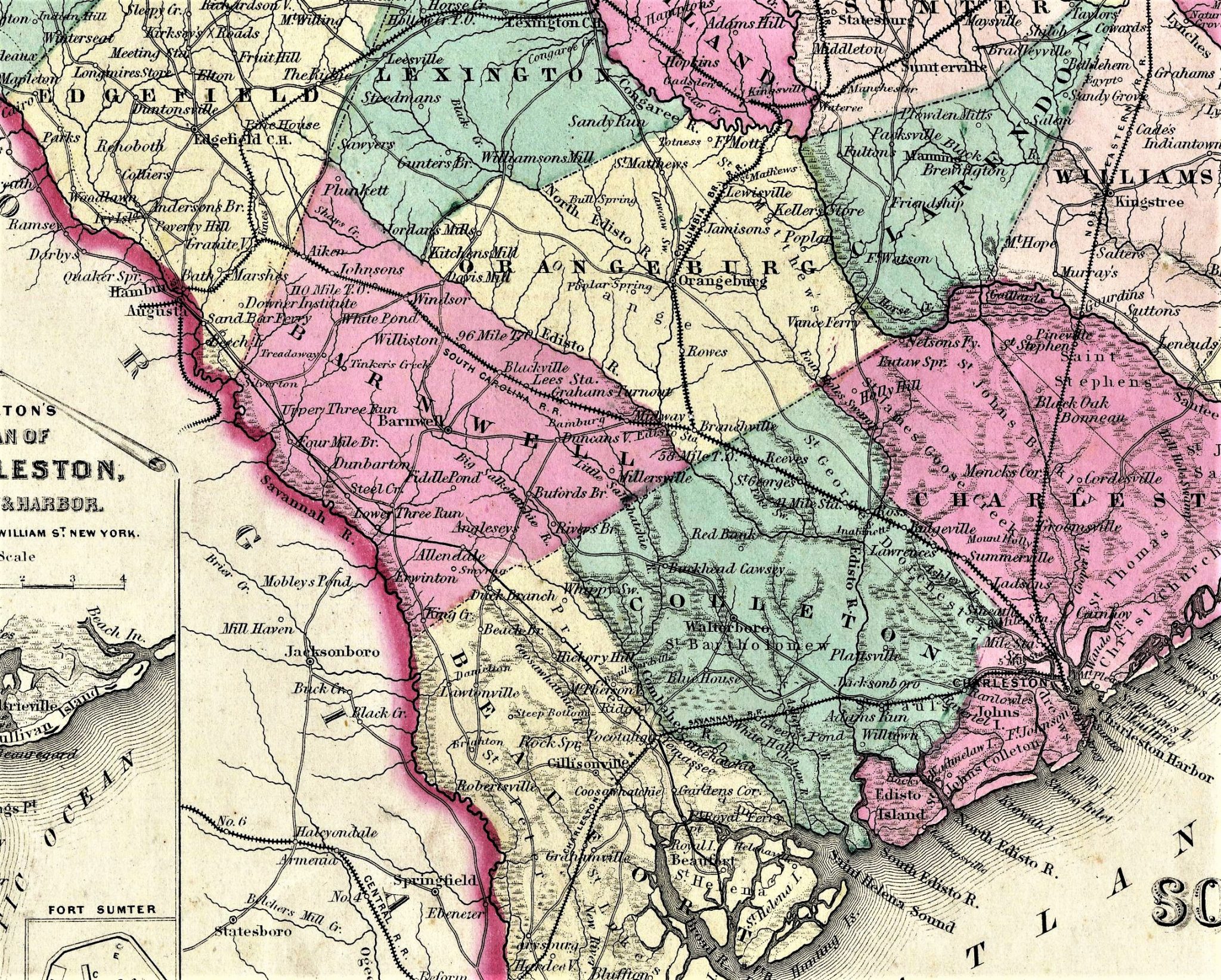 The Charleston to Hamburg line was in full operation by November of 1833 and, in addition to its steam engines, claimed 11 lumber cars, 14 tender cars and 56 freight cars. In early 1835, a ticket from Charleston to Hamburg cost $6.75, and passengers were allowed to bring 75 pounds of baggage.