Most of us know John Rutledge as a founding father of South Carolina. He served in the First and Second Continental Congresses, helped draft the first state constitution, and served as South Carolina’s President (Governor) in 1776. He went on to serve in Congress from 1782 to 1783 and was very active in drafting the U. S. Constitution. What is less known are the details of Rutledge’s birth and the emotional issues that plagued him. 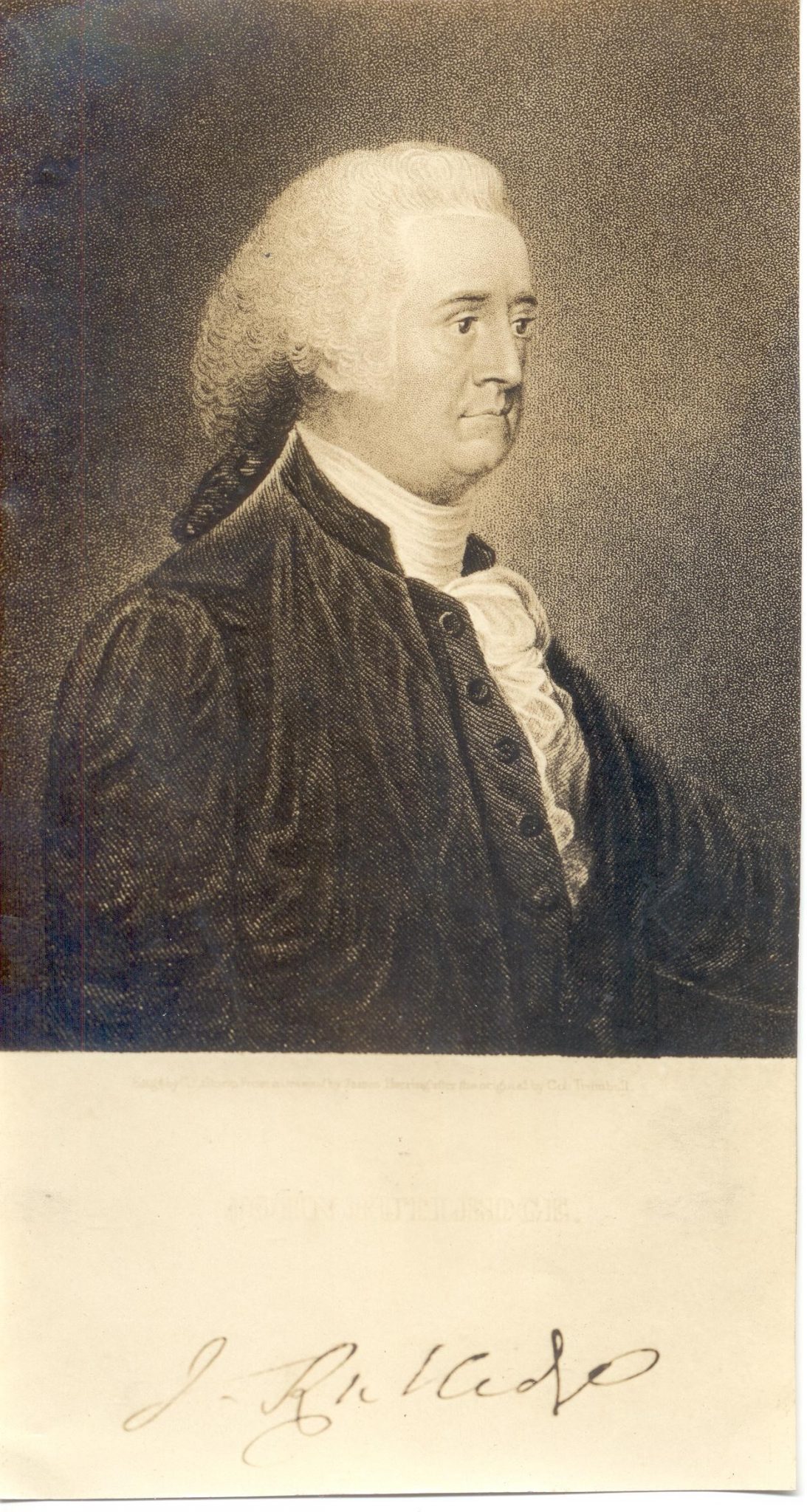 John Rutledge, from the Collections of the South Carolina Historical Society.

Rutledge’s father, Dr. John Rutledge, was from Ireland. Dr. Rutledge’s brother Andrew immigrated to South Carolina in the 1730s. Andrew established himself as a successful attorney and prominent landowner. He married a widow, Sarah Boone Hext, who had two homes in Charleston and two plantations. Sarah had only one child, a daughter also named Sarah, who would eventually inherit her mother’s property. Hearing of Andrew’s prosperity, Dr. Rutledge decided to immigrate to South Carolina in 1735, when he was about 22. Three years after his arrival, he married his brother’s stepdaughter, Sarah, who was 14 at the time.

Sarah Hext Rutledge was 15 when her oldest son John was born. Over the next decade, she gave birth to six living children. Dr. Rutledge practiced medicine in Charleston but spent most of his time looking after the plantations he obtained through marriage. He died in 1750 and his will specified that all his property should go to his 26-year-old widow. John Rutledge was eleven when his father passed away. His youngest brother Edward was only a year old, and Rutledge would become a surrogate father to him.

Rutledge studied law under the guidance of his uncle Andrew and then attended the Middle Temple in London. He married Elizabeth Grimké and they had eight children that lived to maturity. Despite his many achievements in establishing the new nation, Rutledge struggled with financial and health problems. These problems intensified after his wife’s death in 1792. When George Washington appointed him Chief Justice of the Supreme Court, the senate hearing exposed his emotional issues and financial difficulties.

Deep in depression, Rutledge attempted suicide in December 1795. Despite efforts by his family to guard him, he left his house early one morning and waded into the Ashley River over his head. He was rescued by African Americans and his biographer, James Haw, states that Rutledge objected strongly, saying “he had a right to dispose of his own life as he pleased.” Although his mental state improved, Rutledge’s health remained fragile. He did serve briefly in the South Carolina House of Representatives in 1799 prior to his death on July 18, 1800.