In 1870, Congress ratified the Fifteenth Amendment, which prohibited the denial of the right to vote based on “race, color, or previous condition of servitude.”  This was the last of the so-called Reconstruction Acts but over the next two decades many states orchestrated ways to get around the amendment. In South Carolina, legislators devised the Eight Box Law to discourage African Americans from voting. 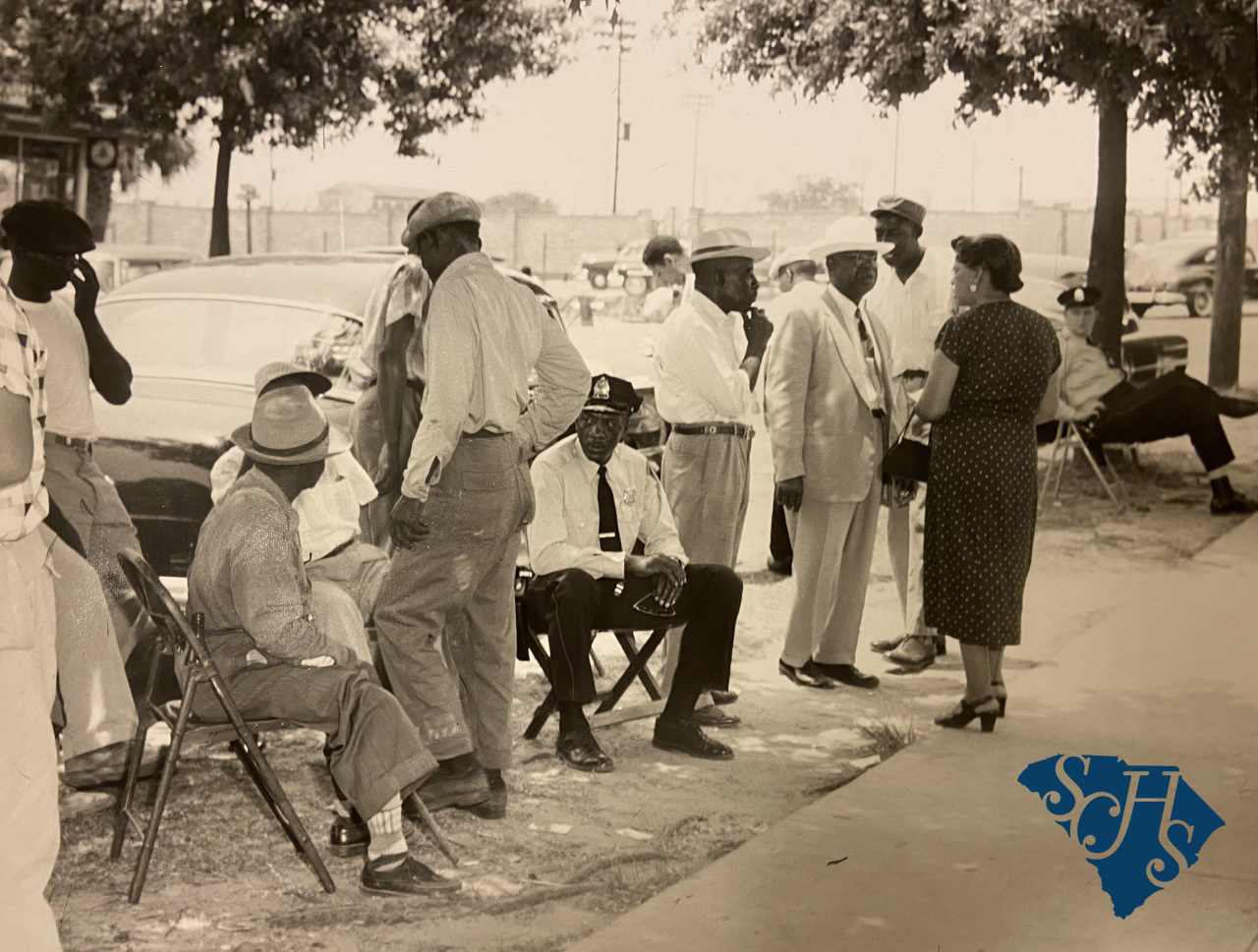 Seventy-seven years after the Eight Box Law was passed (1959), African Americans exercise their right to vote in Charleston.  Courtesy of the South Carolina Historical Society.

The law called for a separate ballot box for each type of office at every voting location. That meant that there were different boxes for congressman, lieutenant governor, senator, etc. Any vote miscast in the wrong box was voided.  The boxes were labeled, and the practice was, in essence, a literacy test.  Although election officials were supposedly required to read the labels upon request, that was randomly enforced.  In some cases, election officials purposely misread the labels to voters.  In addition to increasing the number of ballot boxes, the law instituted strict voter registration procedures which also discriminated against poor and minority groups. The period for registration was shortened and every time a voter relocated, even if it was within the same precinct, he had to re-register.

Numbers indicate that the law was successful in decreasing blacks’ participation in elections.  In 1880, roughly 58,000 African Americans cast votes in South Carolina.  In 1888, only about 14,000 blacks bothered to go to the polls. Then, in 1894, the law required voters who registered for the first time to submit two affidavits from “reputable” citizens confirming that the applicant was of good character.  The state constitution of 1895 went even further by requiring a literacy test and a poll tax.

The man responsible for drafting the original Eight Box Law was Edward McCrady, a conservative attorney and legislator from Charleston who believed that voters should be white, well-educated, and own property.  McCrady represented Charleston County in the state House of Representatives from 1880 to 1890.  A former lieutenant colonel in the Confederate Army, he later served in the South Carolina militia and worked to preserve records of the state’s Civil War experience.  He eventually wrote a four-volume history of the state.  In 1899, McCrady was elected president of the South Carolina Historical Society and in 1902 he became vice president of the American Historical Society.  McCrady died in 1903 but the effects of his bill continued for years. It wasn’t until after World War II that African Americans would return to the polls in significant numbers in South Carolina.