July, 1744: War is declared in Charleston against France

On this side of the Atlantic, the War of Austrian Succession was called King George’s War and took place between 1744 and 1748. For South Carolinians, who were already concerned with attacks from the Spanish, France’s entry into the war as Spain’s ally in 1744 was bad news. Four years earlier, in November 1740, a great fire swept through Charleston and destroyed over 300 homes, several wharves, and local stores. Flames damaged weapons, gun carriages, and much of the town’s fortifications on the Cooper River. When Governor James Glen arrived in late 1743, Charleston had not recovered. He reported that it was “in Ashes, Defenseless, Declining.” South Carolina was ill prepared to deal with the military and economic disruption caused by King George’s War. 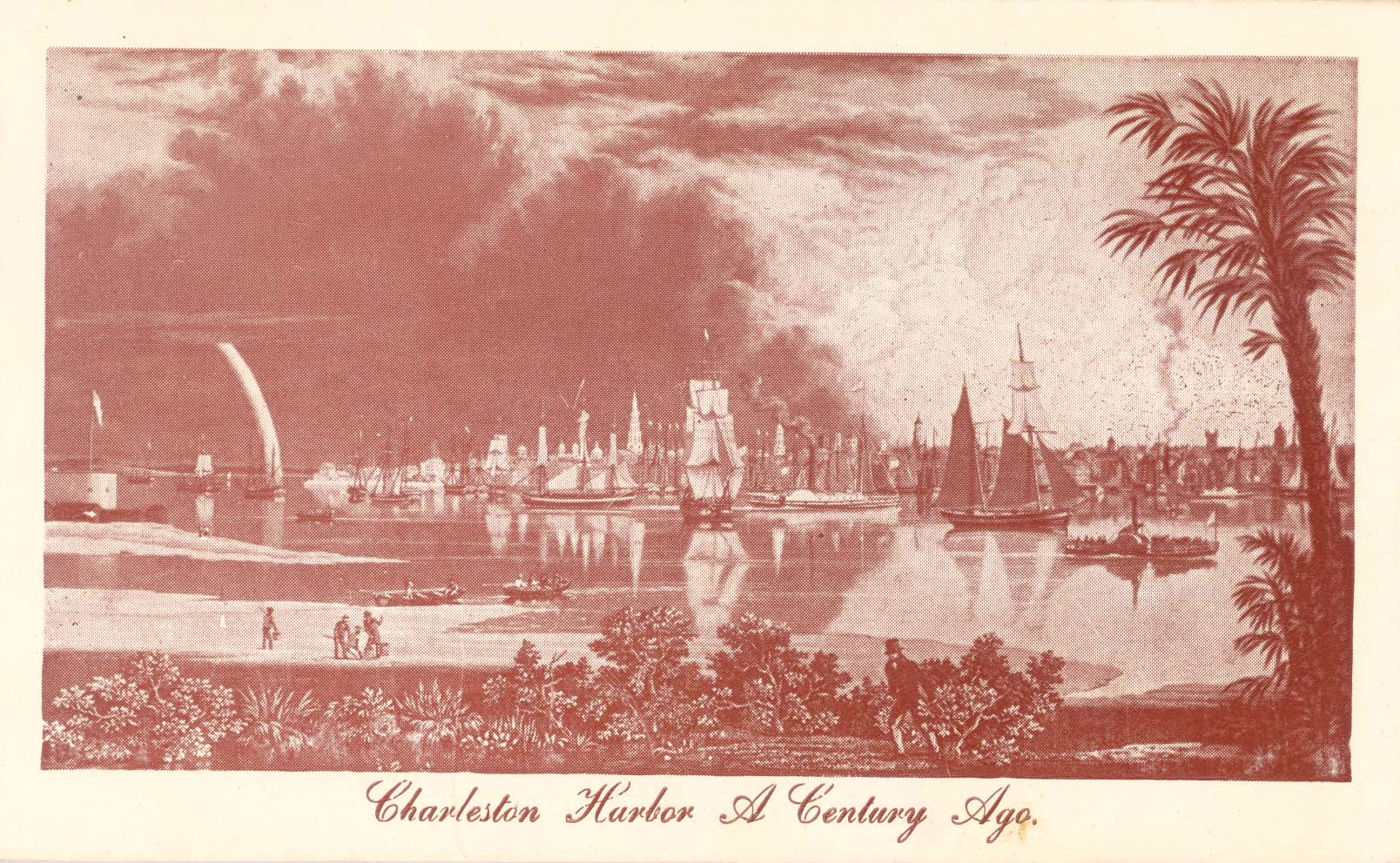 From the Society’s Postcard Collection.

In his book, Charleston! Charleston!, Walter Fraser notes that some shipbuilders profited in the early years of the conflict, as did the shops and taverns frequented by British troops. The British warships that patrolled Charleston’s harbor were instructed to guard against attack, prevent smuggling, and aid merchant ships. But as time passed, locals began to resent the British. The superior attitude of British officers and their practice of impressing colonial sailors to serve in the navy infuriated residents. It wasn’t long before the town government was complaining to London that the navy was neglecting to protect merchant ships. Trade in rice, slaves, and deerskin evaporated. The colony depended heavily on the export of rice, but by 1746 the price of that commodity had dropped by 70 percent.

A severe economic depression set upon the colony as merchants and planters saw their land and stores sold at public auctions. As if that was not enough, local leaders were concerned that British ships and sailors would bring the plague to Charleston. The Assembly voted to appropriate one thousand pounds to build a “pest house” on Sullivan’s Island. Construction on the house was delayed and in 1745 several diseases swept through Charleston and the surrounding area, including yellow fever. It is no wonder that when the end of the war was announced on June 12, 1749, the residents of South Carolina celebrated. The hard times experienced by many South Carolinians in the 1740s would haunt them for years.