In February 1722, Mark Catesby sailed for the Carolina colony. With funding from a group of Fellows of the Royal Society of London, he planned to spend the next four years examining the natural world of Carolina, Coastal Georgia, and the Bahamas. He landed in Charleston on May 3rd. This was Catesby’s second trip to North America. He accompanied his sister to Williamsburg, Virginia, in 1712 and stayed for seven years. During that time, he collected botanical samples and seeds and sent them back to England. When Catesby returned to London, the Royal Society was inspired by what he had gathered and worked to finance a return visit. 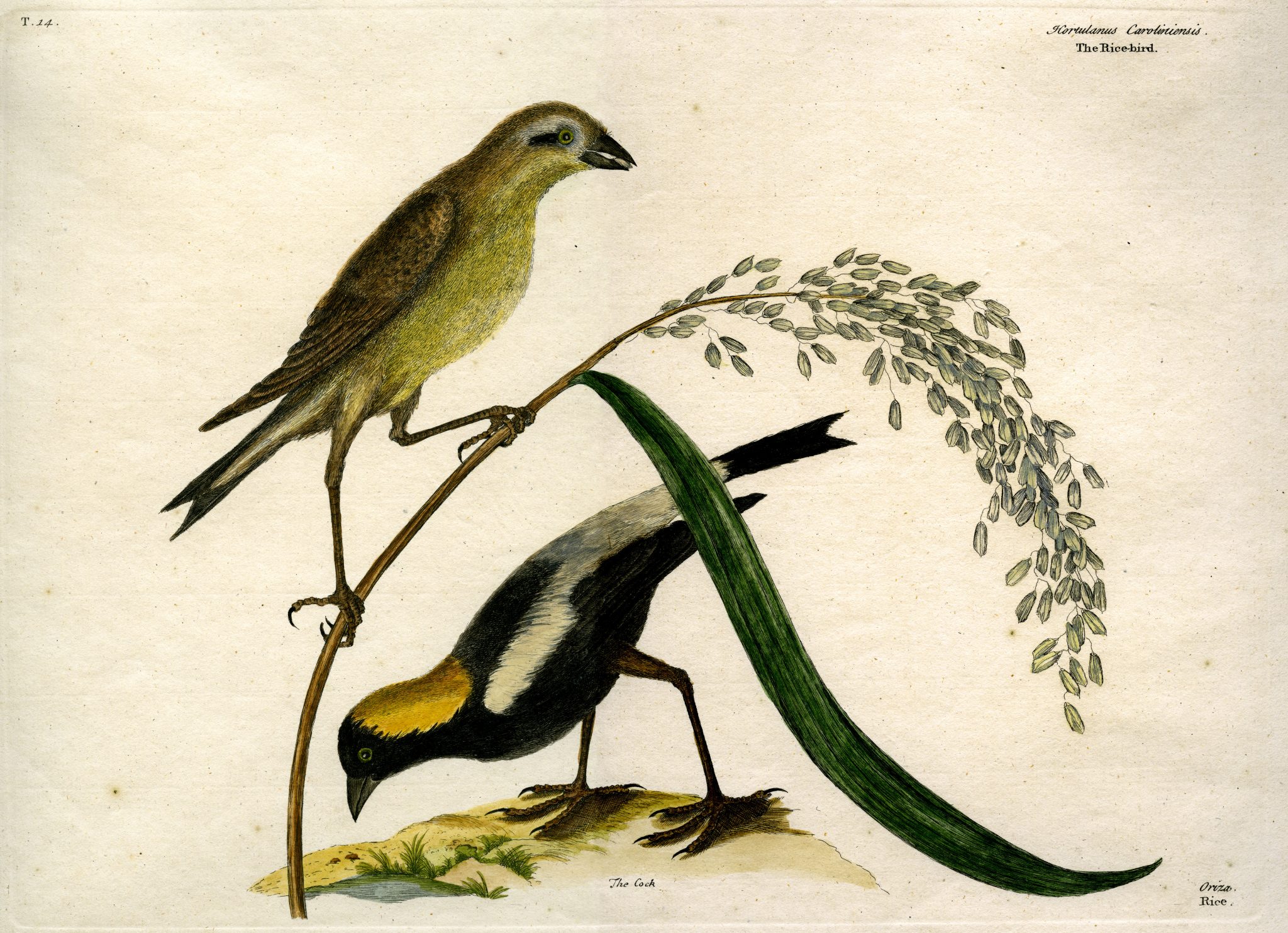 Catesby stayed in Carolina for approximately four years. He later wrote: “As I arrived at the beginning of the Summer, I unexpectedly found this Country possessed not only with all the Animals and Vegetables of Virginia but abounding with an even greater variety.” He travelled throughout the colony, documenting reptiles and amphibians, fish, birds, and mammals along with their natural habitats. The second year of this adventure took him to the “upper uninhabited” country near the mountains where he hunted “Buffaloes, Bears, Panthers, and other wild Beasts.” Combining science and art, he frequently added notes to his sketches, and made a point to illustrate plants immediately after they were gathered. He also portrayed birds with “those Plants on which they fed, or have any relation to.”

The watercolors that Catesby produced as a result of his trip were published in two volumes titled The Natural History of Carolina, Florida and the Bahama Islands. The set is one of the most significant accomplishments in natural science during the colonial period and gave Europeans their first view of the flora and fauna of the new world. Catesby was not a trained artist, but his illustrations of animals, particularly birds, were beautifully detailed and lifelike. He later boasted that he had missed very few species of birds, but he did admit that he preferred to sketch “Males of the Feather’d Kind,” as they have brighter plumage.

Once he returned to London, Catesby found it difficult to obtain sponsors for his publication. He was determined to complete the project and learned to engrave the copper plates required to print the images. He made all but two of the final plates and painted them himself in order to guarantee that the details and colors were correct. Few artists have been so personally involved in the publication of their work. To finance the publication, Catesby took subscriptions. The final product was well received and, although it never brought him a great fortune, it did provide an income for Catesby until his death in 1749. Purchased by King George III of England in 1768, the original plates are now housed in the Royal Library at Windsor Castle.