November, 1777: the Second Continental Congress adopts the Articles of the Confederation 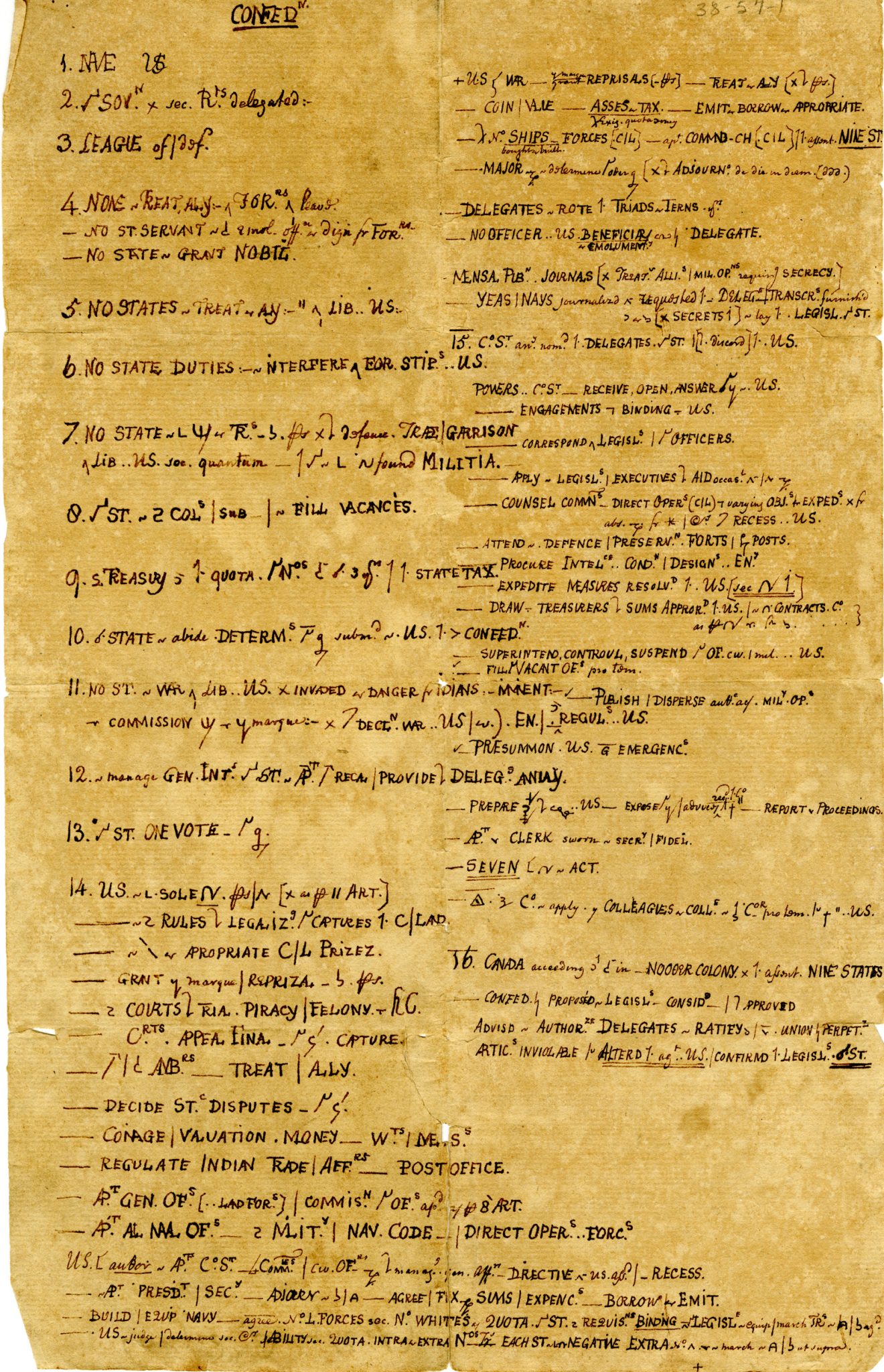 Image of Arthur Middleton’s encoded notes on the Articles of Confederation. From the collections of the South Carolina Historical Society.

Though adopted in 1777, Articles of Confederation were not fully ratified until 1781. They were a means of providing rule during the tumultuous American Revolution years, and the Articles were the law of the newly self-governing land until the United States Constitution was written and ratified about a decade later. The Continental Congress who approved them included several South Carolinians: Henry Laurens, Arthur Middleton, and Thomas Heyward, Jr.

Henry Laurens was a Charleston merchant, whose import-export business traded in enslaved persons, rum, Carolina Gold rice, indigo, and other popular goods of the time. He was also the owner of Mepkin Plantation, a South Carolina state legislator, and U.S. diplomat. He not only served in the Continental Congress but was the President of it after John Hancock resigned. He would go on to be the only American ever imprisoned in the Tower of London – on charges of treason. His papers are housed at the SC Historical Society.

Arthur Middleton was a planter who owned Middleton Place and who served in the Continental Congress twice and signed the Declaration of Independence. Between his two stints in Congress, he was taken prisoner during the Revolution in 1780 and sent to St. Augustine. His papers, housed at the SC Historical Society, chiefly consist of correspondence and memoranda concerning both public and military affairs in Charleston and Philadelphia, and such issues as the currency, the national debt, motions made in Congress, and naval and army defenses. His papers are housed at the SC Historical Society.

Thomas Heyward, Jr. was also a signer of the Declaration of Independence, a lawyer, a circuit judge, and the owner of White Hall Plantation near Beaufort and Jasper counties. In 1779, he was captured in battle and sent to be imprisoned in St. Augustine but was later released and returned to South Carolina. He later served as the first president of the Agriculture Society of South Carolina.