October, 1935: The opera Porgy and Bess opens in New York

George Gershwin’s adaptation of DuBose Heyward’s novella, Porgy, opened at the Alvin Theater in New York on October 10, 1935. The performance had a significant social impact but received mixed reviews. While some criticized the stereotyping of African Americans in the production, others applauded the use of an all-Black cast. Although the opera was not a financial success, it revealed the immense talent of African American performers and, according to the MET’s website, “forever changed the history of theater.” 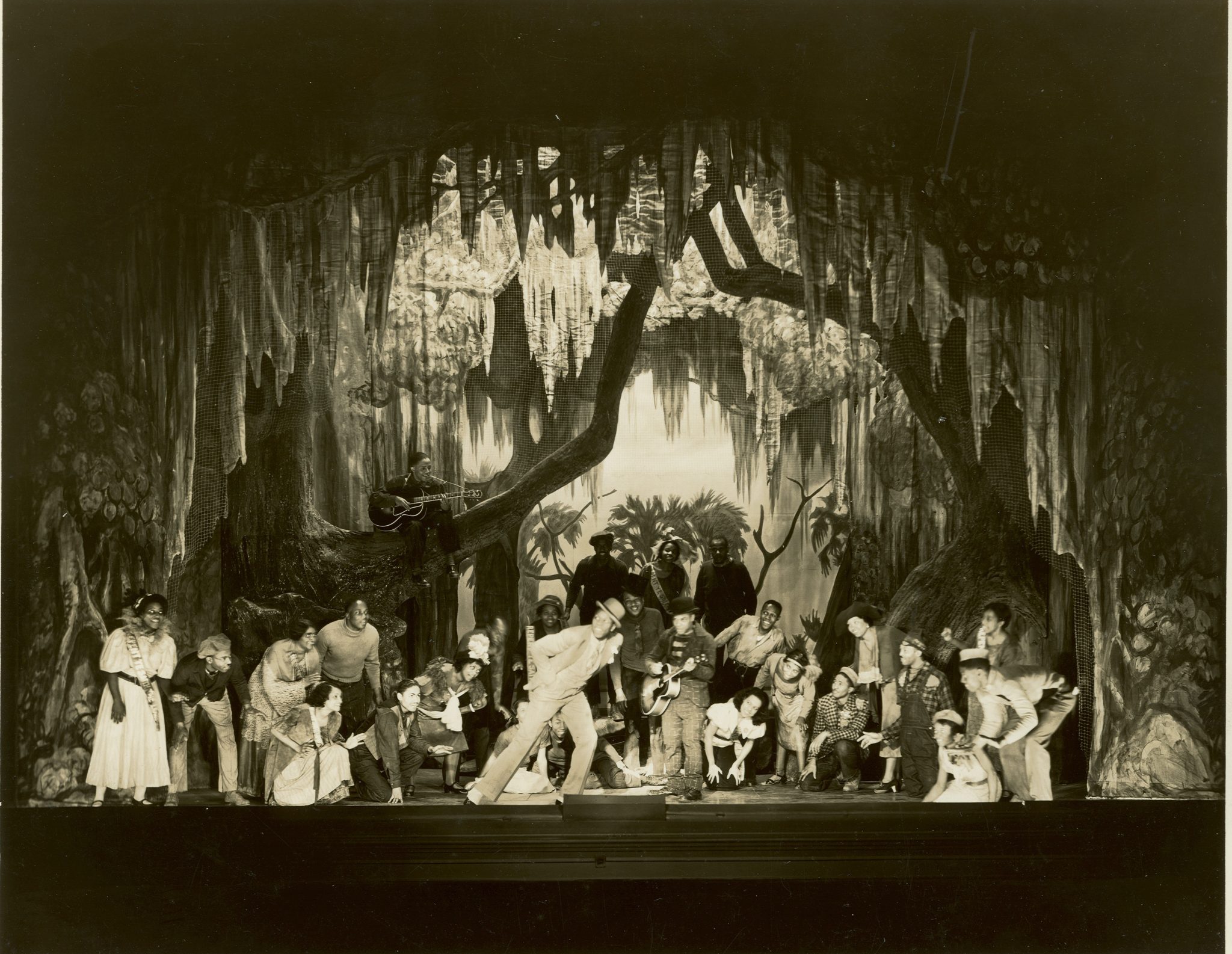 An early production of Porgy and Bess, from the collections of the South Carolina Historical Society.

This was not the first time that a version of Heyward’s story was performed in New York City. The book was published in 1925 and was adapted for the stage by Heyward’s wife, Dorothy. The nonmusical play Porgy was presented by The Theatre Guild and ran for nearly a year, from October 1927 to August 1928. The Heywards insisted on an African American cast which, following the performance at the Guild, embarked on a tour of the U.S. and Europe.

Once George Gershwin decided to use the book as the storyline for his opera, he spent the summer of 1934 on Folly Beach in South Carolina. The Heyward’s beach cottage was also on Folly. DuBose Heyward was heavily involved in the creation of the musical production. He collaborated with Ira Gershwin on the lyrics to many of the songs and with George Gershwin on the script. Heyward also composed the libretto, or the sung dialogue, himself, and both he and Dorothy helped with rehearsals for the final production.

Following the original Broadway run, the show traveled to Philadelphia, Pittsburgh, Chicago, and Washington, D.C., in 1936. In Washington the cast protested segregation of the audience at the National Theatre which forced the management to allow the first integrated audience at that venue. In 1938, most of the same cast performed on a tour of the West Coast. The European premier of Porgy and Bess occurred in 1943 at the Royal Danish Theatre in Copenhagen. The city was under Nazi occupation and the all-white cast performed made up in blackface.

In 1944, Porgy and Bess returned to Broadway at the Majestic Theatre. Etta Moten, who Gershwin had always wanted to play Bess, was finally cast in that role and was a stunning success. This production was much more profitable than the original. In 1952, the play returned to Europe and featured many well-know African American performers such as Leontyne Price and William Warfield. By 1956 Porgy and Bess had another run on Broadway followed by a worldwide tour that included Venice, Paris, Cairo, as well as cities in Africa, Russia, and Latin America. It is worth noting that this work, which made DuBose Heyward and his hometown of Charleston famous, was not performed in Charleston until June 1970, thirty years after Heyward’s death.